Off to the races: UK leaders switch from Brexit to election 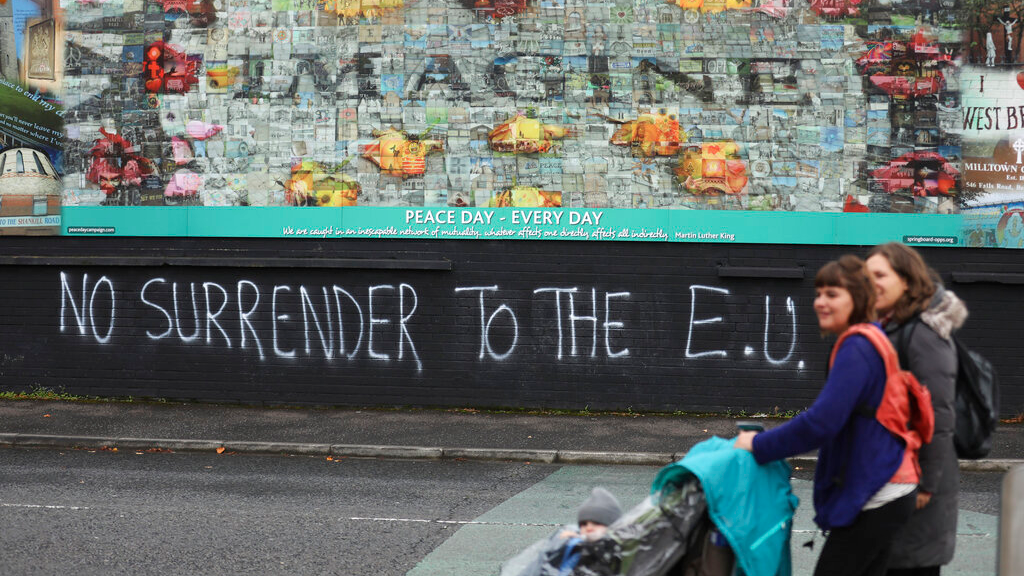 The House of Commons on Tuesday approved an early election that politicians hope could break the deadlock over Britain's stalled departure from the European Union. The date will become law once it is approved Wednesday by the unelected House of Lords, which doesn't have the power to overrule the elected Commons.

The looming national vote comes 2 1/2 years before Britain's next scheduled vote in 2022 and will be the country's first December election since 1923.

While Johnson's Conservative Party has a wide lead in opinion polls, analysts say the election is unpredictable because Brexit cuts across traditional party loyalties.

Johnson and Labour Party leader Corbyn will trade carefully crafted quips when they face off in the House of Commons' weekly Prime Minister's Questions session, the last before Parliament is suspended for the five-week election campaign.

Johnson told Conservative lawmakers on Tuesday it would be a "tough election." After three years of inconclusive political wrangling over Brexit, British voters are weary and the results of an election are hard to predict.

Johnson will campaign as a leader with a plan to "get Brexit done" who has been held back by an obstructive Parliament.

The prime minister struck a divorce deal with the EU, which was approved in principle by lawmakers. But Johnson withdrew it after Parliament demanded more time to scrutinize it.

"We need this general election to get a clear mandate from the people to deliver Brexit, the deal we have, which will get us out of the European Union," said Alister Jack, the government's Scottish Secretary.

Labour will seek to project unity despite internal divisions between those who want to go through with Brexit and those who want to remain in the EU. The left-of-center party is calculating that voters want to talk about issues such as health care, education and social welfare — all of which saw years of funding cuts by Conservative governments — instead of more Brexit debates.

Meanwhile, two smaller parties on opposite sides of the Brexit divide are hoping to make gains.

The strongly pro-EU Liberal Democrats have been eating away at Labour and Conservative support in Britain's big cities and university towns, where many voters opted in 2016 to remain in the EU.

And the Brexit Party led by veteran euroskeptic Nigel Farage hopes to persuade "leave" voters to back a no-deal Brexit rather than Johnson's divorce agreement, under which the UK would keep some common rules and obligations with the bloc in order to keep trade flowing.

Most economists say a no-deal Brexit would disrupt trade and plunge the UK economy into recession.

There's a strong chance that December's election could produce a Parliament as divided over Brexit as the current one. The clock is still ticking down to the new Brexit deadline of Jan. 31, the date approved by the EU this week when it agreed to postpone the UK's planned October 31 departure.

"To my British friends," European Council President Donald Tusk tweeted Tuesday. "The EU27 has formally adopted the (Brexit) extension. It may be the last one. Please make the best use of this time."