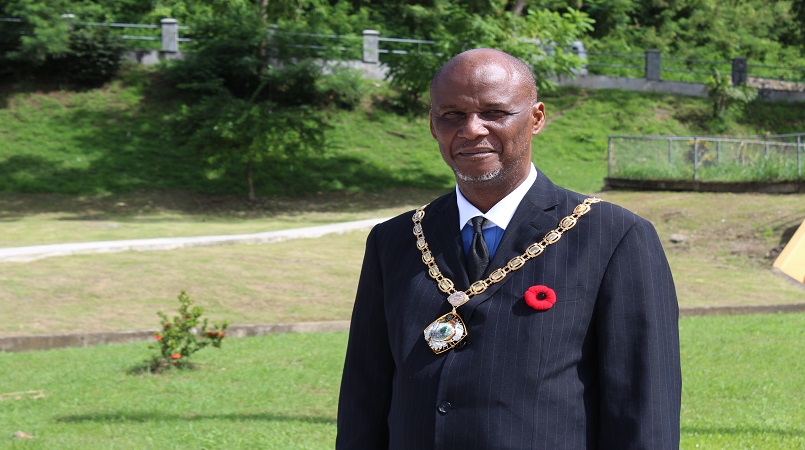 Vendors occupying huts on Jeremie Street built by the Castries City Council (CCC) want Castries mayor, Peterson Francis, to sit with them following announcements that the Council plans to take them down in the very near future.

The vendors say no one from the CCC has ever come and spoken with them over the 10 years they have been renting the huts, which incidentally were built by the present government when it was in office between the years 2006 – 2011.

Francis yesterday told reporters the huts were places that certain criminal elements use for their illegal activities and as such serve no useful purpose today.

He also accused some vendors of failing to pay their rent. The vendors said that while this is true, there are other vendors who do meet their rental obligations.

“He said he wants to remove us but has yet to say where he will relocate us,” one vendor said.

“I do not see the urgency for such a move and I do not think it is necessary at this time to really try to get rid of the huts. Where are you going to put the vendors,” Isaac said.

He described as ludicrous Francis’ allegations that the huts are used by criminals to do their dirty work.

“Criminals could go anywhere and plan crimes. They do so in open spaces, on a tree or sitting on a bench on Sir Derek Walcott Square. That the huts are places for criminals to gather to plan crimes is an absurd allegation,” Isaac said.

Francis is bent on clearing the city’s sidewalks from the various structures erected on them by vendors. His idea is for vendors to have structures they could easily disassemble and carry away with them at the end of the day, leaving the sidewalks uncluttered for pedestrian use.

He plans to start a clean-up exercise in the city to eradicate ‘hidden spots’ caused by the huts and other structures used for vending he says that criminals use to hide their illegal and felonious activities.