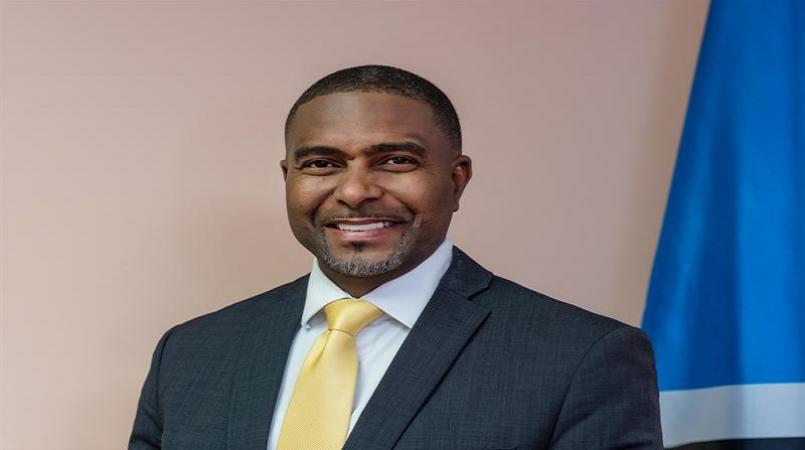 Minister in the Ministry of Finance Ubaldus Raymond told reporters this morning that he had forgiven the two young women involved in the nude photo blackmail scandal that took the nation by storm in January of 2017.

Raymond said that the blackmail case against Curshaby Alexander and Kershel Louis, who were both 18 at the time of the scandal, had been resolved and that they had apologized.

Raymond said, “They were very repentant in their apologies. I do accept their apologies and I always believe that forgiveness is always stronger than hate and revenge. I have forgiven these two young ladies for their criminal act against myself and my family and of course the rest of the country I would say... I encouraged them and told them that though they cannot erase their past however they need to focus on their future."

The scandal involved nude photos purporting to be of the Minister and extracts of a WhatsApp conversation between himself and Alexander which circulated in the public domain.

When the scandal first broke Raymond revealed that “attempts to extort monies from me through devious means” had occured.

He said at the time, “I will not give in to political operatives who will use the most disgusting tactics in order to malign my name or to scare me into submission. I will trust in the Court system and in the Almighty God... “I know that other persons have gone through similar circumstances and they have probably not been able to fight back. They have been too scared, they have felt ashamed or they did not want to open up themselves to the kind of attention that shames victims of such crimes.”

There were calls for Raymond to be fired or to resign in the wake of the scandal. Alvina Reynolds of the SLP said, "In these circumstances, it is most evident that Dr. Ubaldus Raymond must do the honourable thing and tender his resignation immediately. I am appalled that neither Dr. Ubaldus Raymond himself, nor the Prime Minster would have seen if fit for his resignation to have been tendered with the equivalent promptness at which the student was arrested and charged for alleged involvement in the matter."