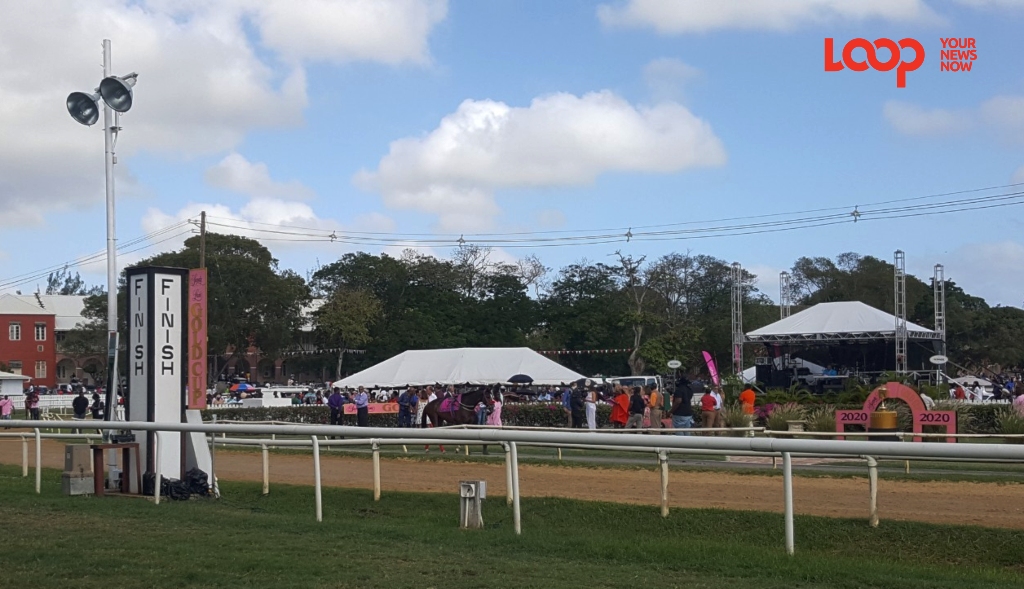 Jalon Samuel won by one and a half ahead of Bodie Tap.

"On top of the world!" - That is how Jalon Samuel feels this evening.

Saying: "It feels like a dream come true," he is now the youngest and only jockey to surpass four Gold Cup wins.

Disqualified once, Samuel now has five official wins under his belt and has etched his name into the record books and hall of fame as the first Barbadian jockey to complete this feat.

After winning the prestigious race which had contenders from not only Barbados but the United States of America, Antigua and Barbuda, Trinidad and Tobago and St Lucia, Jalon sent kisses to the sky and crossed his chest in thanks. Celebrating his historic win, he pointed to the crowd as he finished with his finger showing number one and could not stop beating his chest with joy and glee. In pictures after the dust settled, Samuel and his team showed high fives in honour of his history-making win.

Riding the 9 to 5 favourite Night Prowler, Samuel told reporters: "I bide my time." Looking back on the race which he won in 1.52, he said that the leaders in the first half mile were going "quick out front" from early. He explained that he sat back and then made his move passing second-place finisher Bodie Tap just before the finish line for a thrilling finish.

For some, Samuel is heavy on the whip, but riding under Hopefield Stables and Sir Richard Seale, the horse-owner had nothing but good words for his jockey.

In the winner's circle, some reporters were calling this latest Gold Cup win 'unbelievable', but Sir Richard said: "De jockey told me he was gon win so I don't think it was under believable."

He said the horse plays a part in the race "but at de end o' de day, de jockey got to be good, and that's a good jockey, simple!"

Reminding that it was under his colours that Samuel got his first win in the United States of America, jokingly Sir Richard said: "He had to be back here. He had to get de ride... I could get him any time. I believe his grandmother would always release him. He is a nice, decent lil boy."

Samuel's grandmother was all smiles as usual as she looked at her grandson after claiming this fifth win.

UPDATE: 5 Things to know about the Sandy Lane Gold Cup 2019