Remembrance Day in the south of the island was celebrated at the Independence Square in Vieux-Fort, yesterday, November 8, 2019, without much to remember.

The lowkey event which was organized by the Vieux-Fort South Constituency Council was graced with the presence of the Governor-General His Excellency Sir Emmanuel Neville Cenac, along with his wife and other dignitaries.

Remembrance Day is a memorial day observed in the Commonwealth member states since the end of the first world war to remember the members of the armed forces who have died in the line of duty.

The event was devoid of speeches, except for the introduction of the various acts by the masters of ceremony, who occasionally spoke briefly about the importance of the day. The two people who were down to address the gathering were the district representative of Vieux-Fort South, Dr Kenny Anthony and a representative of the Ex-Service League, who were both absent. 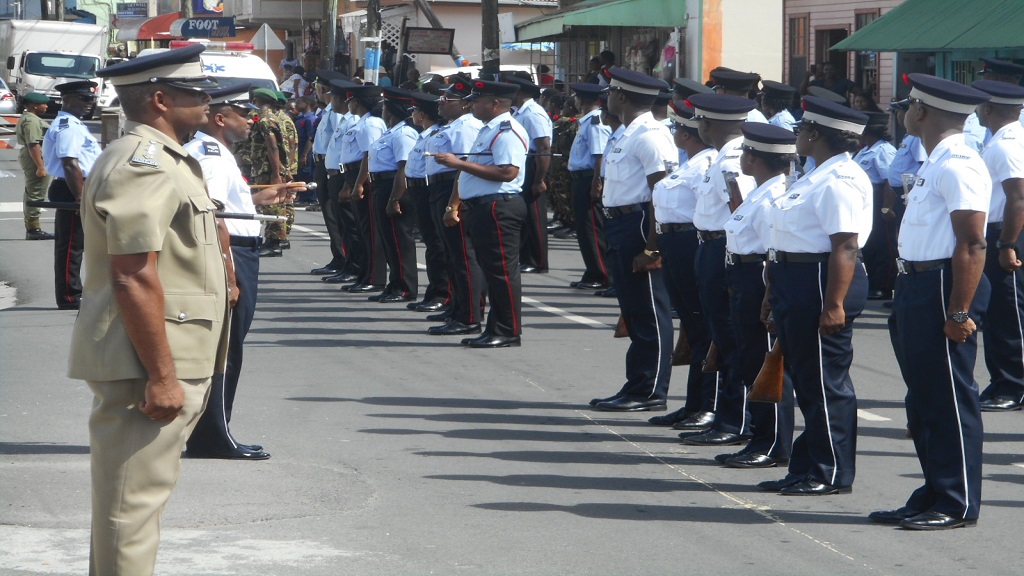 Not even the red poppies, a symbol of sacrifice and an emblem of remembrance of the men and women who made the ultimate sacrifice in the different wars were worn by many as has been over the years.

The celebrations began with the annual Remembrance Day parade, which comprises of members of the Royal Saint Lucia Police Force, the Saint Lucia Fire Service and the cadet corp. It started at the Vieux-Fort Police Station and ended at the Independence Square. Students did not take part in the parade as in the past, however, there were a few at the event in their school uniforms.

Some of the other features of the celebrations were the usual laying of wreaths, praying and the singing of the National Anthem.

Refreshments were served after the brief ceremony.

I chose Cenac to look after you - PM to citizen

RCEL focused on passing of the baton as membership dwindles