Residents fear Bruceville is a 'war zone' spiraling out of control 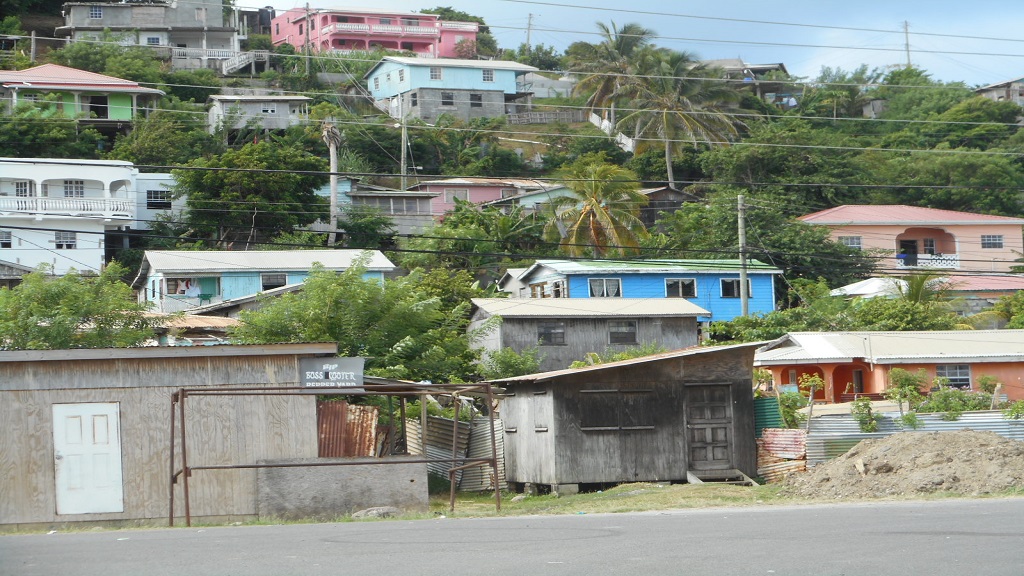 Residents of Vieux-Fort have described Bruceville, one of the most troubled areas in the town, as a war zone.

Recently, there has been a surge in gun violence in Bruceville, which has driven fear among residents of Vieux-Fort, who are now in a pensive mood, pondering who will be the next victim.

Residents of the area say over the years, they have witnessed young men gunned down by a hail of bullets, during bloody confrontations between rival gangs. According to them, in most cases, the assailants are able to evade the police dragnet and repeat their onslaught.

The situation is also of grave concern to the business community of Vieux-Fort, some of who are forced to close their businesses before their usual time of closure.

The two recent incidents in Bruceville occurred within ten days. In one incident one man was shot several times about his body, and in the other which occurred on Monday morning, another man was shot in his face.

One man is in custody assisting police with their investigations into the incident in which Melvin George was killed at the Vieux-Fort Fisheries Complex on January 25, in the presence of his mother.

Police believe that the recent incident in Bruceville was an act of reprisal, which was related to the shooting of Melvin George.

“We need to work together to find out what is the problem on the ground,” Michel Daniel told Loop News, describing the problem as sad and frightening.

She added that the problem is not about politics and should not be politicized.

According to Daniel, a member of several community groups in the southern part of the island, young people need to invest their time in joining community groups because it keeps them out of trouble and make them productive citizens.

“Do something to make a difference in your life,” she advised young people of Vieux-Fort.

Mervin Bellas, a school teacher said: “There was an incident near my school where students literally had to run for their lives…Some of the shootings occur where there are two secondary schools and a primary school.”

He added: “We need to get our social agencies to work some more and our young men involved… The situation is of serious concern to residents.”

Another resident said: “ Bruceville is now a war zone where the lives of everyone one living there is in danger.”

Since the recent incidents, police have heightened their presence in Bruceville, where a number of homes are constantly being searched by heavily armed police officers.

“Residents of the area refuse to corporate with the police. They are always tight-lipped on matters relating to crimes in the community…” a police officer told Loop News.

The social ills plaguing the area has prompted the Community Relations Branch (CRB) of the Royal Saint Lucia Police Force (RSLPF) to constantly hold counseling sessions with young people of the area.