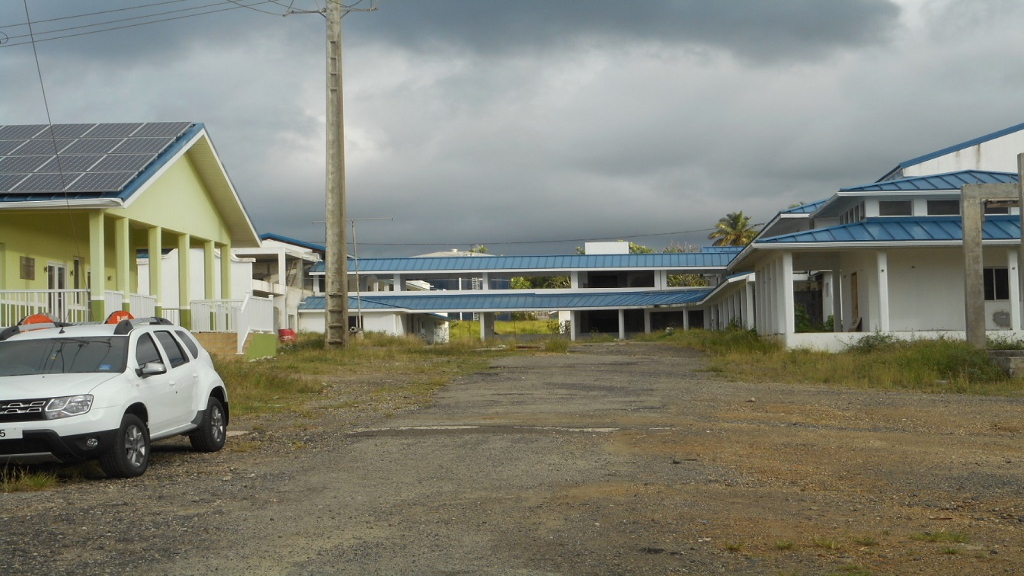 Residents in the southern part of the island say their wish for the New Year is to see the completion of the St. Jude Hospital which was destroyed by a raging fire just over nine years ago.

Earlier this year, Prime Minister Allen Chastanet announced that the construction of a new wing on the hospital is the best option to address the health issues in the south. He said work on the hospital will commence next year, but did not give a specific date.

However, this is of no solace for the concerned residents of the south, who are grappling with the inadequacies of the hospital at the stadium, which is riddled with all sorts of issues.

“My wish for the new year is to see the completion of the St. Jude Hospital. It should be the government number one priority…”  Ronald Goolaman, a resident of Vieux-Fort told Loop News.

Ernesto Brown, a resident of Laborie said: “The government should make the completion of St. Jude Hospital its main priority and not one of its priorities.”

He said that the situation needs immediate attention since there is an international airport in Vieux-Fort.

“Both administrations seem to be playing games with our health. Something needs to be done very quickly before the situation gets worse…” Brown added.

“If there is a catastrophe in Vieux-Fort what will happen?” he asked.

Peter Richard, a resident of Mon Repos, Micoud, said the government should make the completion of the hospital a priority, but from all indications, it is not.

“My wish for the New Year is to see the hospital be completed….” he said.

Richard added that the government is placing more emphasis on other projects, which are not as important as the completion of the hospital.

“The government is placing more emphasis on the completion of the controversial Desert Star Holding (DSH) project, which will not bring any significant benefits to St. Lucians, apart from a few menial jobs.

“The completion of the St. Jude Hospital should be a top priority for the government in 2019,” Kendal Elva, another resident of Vieux-Fort said.

He added: “We are approaching our 40th Independence anniversary…and there should be matters we should be able to address quickly and in an efficient manner to ensure St. Lucians get access to proper health care.”

He said that the high rate of unemployment in the country is only aggravating the situation.

A resident of Choiseul, who spoke to Loop News on condition of anonymity, said he would like to see the hospital be completed next year, but does not believe it will ever happen.

“The government has no interest in the health of citizens of the country…” the resident fumed.

Both parties are playing the blame game on the issue, accusing each other for the non-completion of the hospital, which has been a vexing issue for several years now.

When the United Workers Party (UWP) took over the reign of power in 2016, it stopped the construction of the hospital which the SLP had started, claiming that it was not of international standard and riddled with flaws. And in a bid to prove its claims, earlier this year, the government took journalists on a tour of the hospital, pointing out its shortcomings.

At one point the government was pondering whether it should re-purpose the incomplete structure or to build a new hospital at a new location.

The government went as far as conducting a technical audit on the hospital, but its results have not been made public.

The St. Lucia Labor Party (SLP) described this as a waste of taxpayers money.

In 2017, the SLP held a massive protest march in Vieux-Fort to voice its objection to what it said was the government’s intention to demolish the hospital and its inability to manage its reconstruction in any other location. 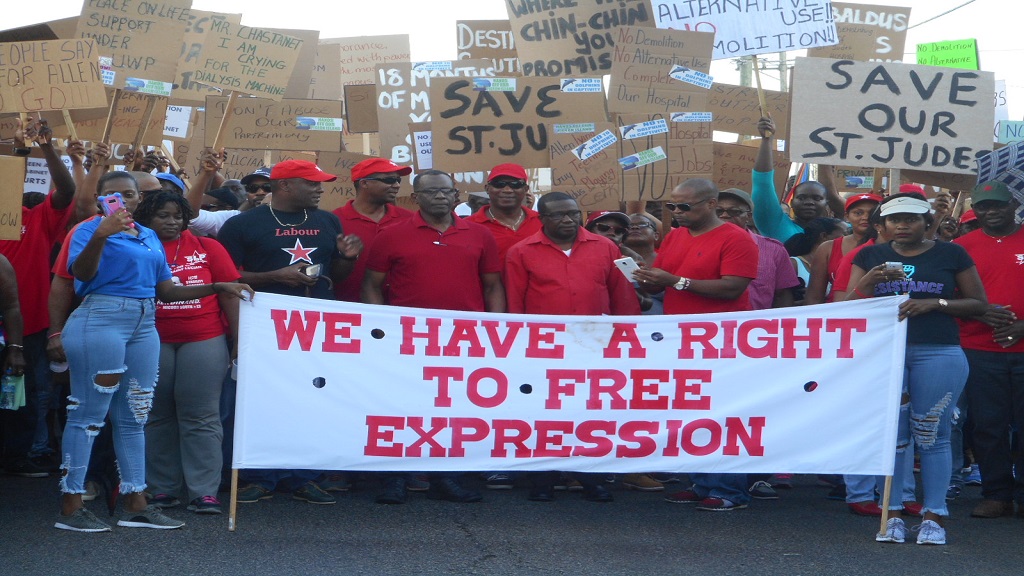 Several other organizations around the island have also voiced their concerns about the stoppage of work on the hospital, one of which is the St. Lucia Medical and Dental Association (SLMDA).

However, residents of the south are blaming both parties for the non-completion of the hospital, which appears to be a thorny issue for the government.

And while the blame game continues, residents of the south remain in a pensive mood, pondering their fate as it relates to their health.