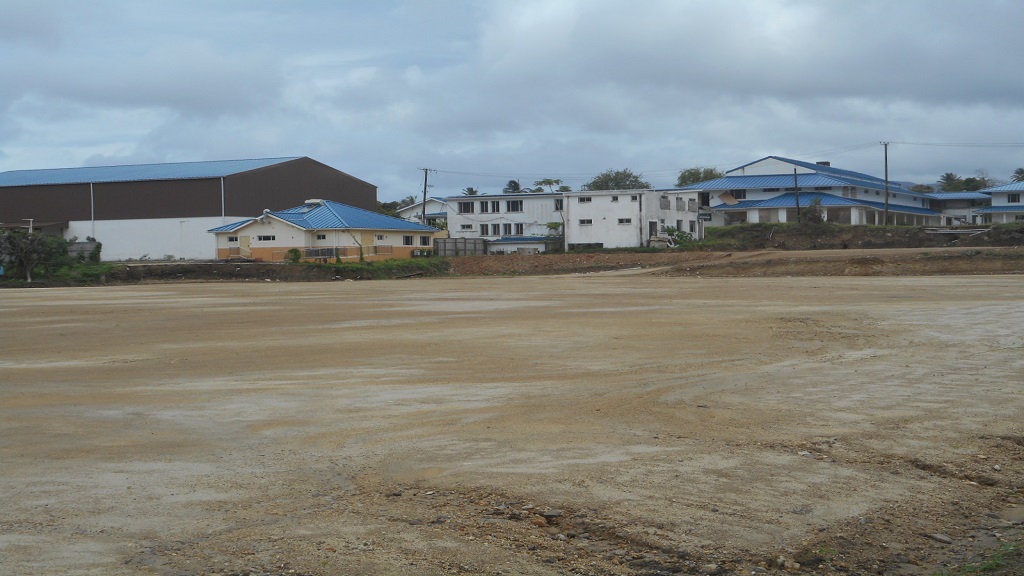 Work on the controversial Saint Jude Rehabilitation Project, which resumed in earnest with the commencement of work on a new wing, stopped abruptly with no explanation from government.

Work on the extension of an additional wing to the hospital commenced a few months ago and was stopped last month.  It had commenced at such a pace, that residents had expected it to be completed in a short period of time, but were left surprised and annoyed to see it stopped suddenly.

Work on the project recommenced after it was stopped by government three years ago, claiming it was not of international standard, a claim which the former administration rubbished. So poor was its standard according to Prime Minister Allen Chastanet, that the best option was to construct an additional wing to it, rather than correcting its defects and use it as a hospital.

So far, only the land has been prepared for the construction of the additional wing.  And since the work has been stopped, not a single piece of equipment was left on the site, where a few months ago, had a number of heavy duty equipment busily engaged.

Related article :What is going on at the St Jude site?

Attempts by Loop News to find out from the Ministry of Economic Development when work will resume on the project were futile.

Loop News understands that some workers who worked on the projects have not been paid.

And with no official information from the relevant authorities as to why work on the project stopped and when it will resume, residents are left to speculate why it stopped.

Concerned residents of the south who have a keen interest in the project say, based on the information from their sources, the stoppage is a result of a delay in the Development Control Authority (DCA) approving the plan for the wing, while others claim that there is no money available as yet to recommence the project.

Work on the Saint Jude Reconstruction Project commenced after the hospital was destroyed by a raging fire in 2009, claiming the lives of three patients. It started under the current administration, which was in office at the time, and continued under the former administration.

Prime Minister Chastanet had promised that the period of suspension of work on the project would be minimized, so that work can resume and be completed in the shortest possible time.

And now, residents are wondering if they will have to wait an eternity to see the completion of the wing, which they had not approved of in the first place.  They say they would prefer to see the defects on the hospital be corrected and the entire building used as a hospital, rather than a wing be added to it, and the rest of the building be used for some other purpose.