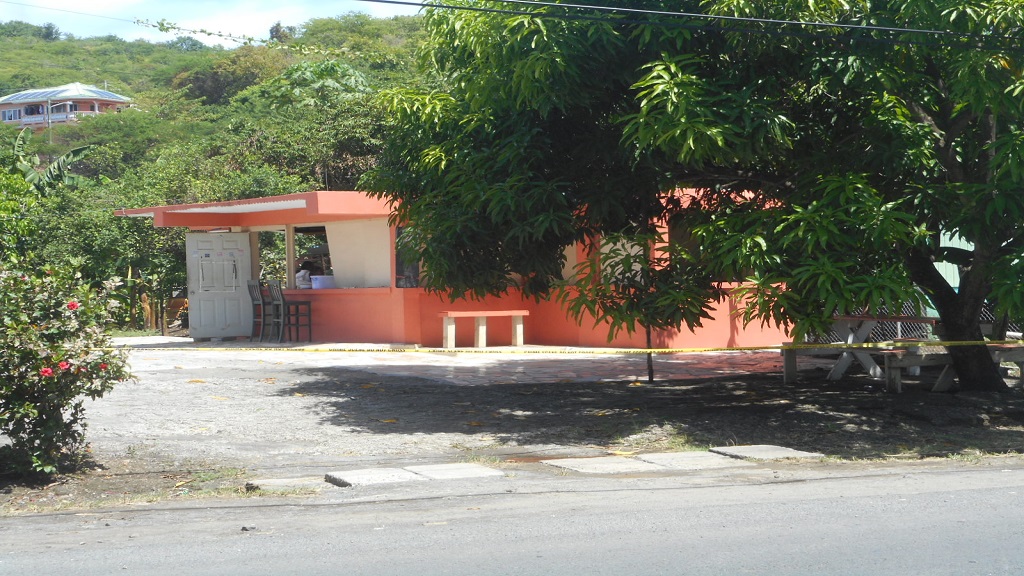 Joseph's lifeless body was discovered under this mango tree

The Vieux-Fort police are investigating yet another homicide in the southern town, which is believed to have happened in the wee hours of Saturday morning.

Dead is Titus Joseph, 45, of Aupicon, Vieux-Fort, whose lifeless body was discovered under a mango tree near a bar in Aupicon, where he worked as a handyman. His body bore what appears to be stab wounds to his chest and neck.

According to Glenda Leonce, Joseph’s employer, she was shocked when she discovered his body lying outside her business place about 6.00 am.

“I had just awakened and went outside where I saw his body lying on the ground under a mango tree. At first, I thought he was drunk,” Leonce told Loop News.

She said the last time she saw Joseph was about 11.00 pm when she closed her business, adding that she left him in high spirits.

Leonce said the incident has left her in shock and grief. She described Joseph as a quiet, friendly and hard-working individual, who is not known to be a troublemaker.

Another resident, who described Joseph a people person, said he will be missed in the community, where he lived alone.

They opined Joseph may have met his demise after witnessing something illegal taking place in the area.

As of yesterday, October 20, 2019, no one has been held for questioning in connection with the incident, which has left residents asking themselves the question: “Who next?"

Earlier this month another resident of Vieux-Fort was gunned down in the presence of several persons.

Two in custody in relation to recent Vieux Fort homicide