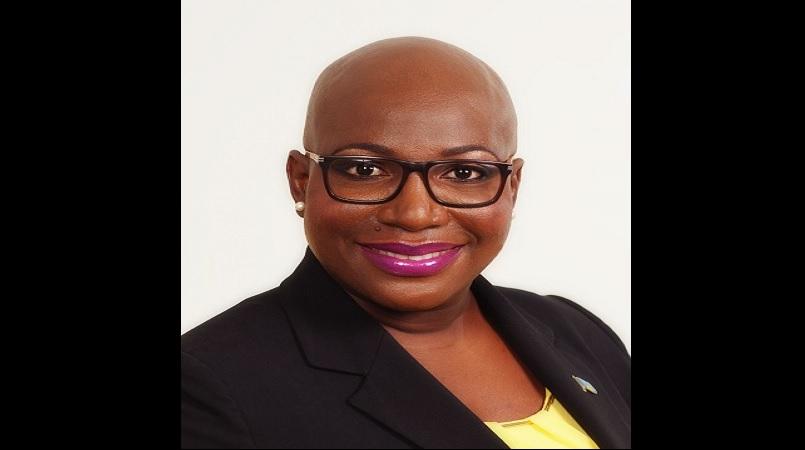 This year the world observes International Women’s Day under the theme: “Think equal; build smart, innovate for change.” As the Minister for Education, Innovation, Gender Relations and Sustainable Development, this theme could well be the overall theme for my Ministry. For this theme fully encapsulates the values of education, innovation, gender equality and sustainable development. Indeed for us to achieve the goals we have outlined in the 2030 Agenda as a people we must think equal, be innovative and open to change.

As all-encompassing as this theme is, we are at a juncture in Saint Lucia when we are evaluating the strides we have made so far as a people since independence and as a Department of Gender Relations, in achieving gender equality since the fourth world conference on women in Beijing.

To a very large extent the issue of gender equality addresses the advancement of women, because achieving gender equality meant raising the status of women in various spheres. In reviewing how much progress has occurred in the last twenty-five years in the advancement of women in Saint Lucia, we consider both our gains and gaps. Are we any closer to achieving equality than we were twenty-five years ago? Have we regressed? Have we really advanced at the expense of other losses? Are there still barriers? Should we continue along the path we have started?

These are the questions that, lately we have been asking ourselves in Saint Lucia. These are not questions that can be answered adequately by a few advocates and Government Departments. It must be answered by all of us. We have to be “all in”. Gender equality and the advancement of women are not exclusively about women, for women, by women. Gender equality is everybody’s business.

Therefore, we cannot speak to International Women’s Day in Saint Lucia outside of the context of the 40th Independence Anniversary theme: “All In. Our journey. Our future.” This theme underscores our earnest quest.

Hence, with reference to gender equality we must ask ourselves, “Are we all in – are we all on the same page? Do we all want equality? Do we still perceive equality as a fight – as a battle to the top – to be fought by women against men? If this is what our perception is, there will always be the need for a fight – we women against them, the men.

Equality is not a fight – it is not where someone makes space for you, tries to accommodate you, or a favour that is granted or sought. Equality is a right – a God-given right.

We must ask the hard questions – why are we still in this seeming fight; why is gender equality still a goal (a seemingly insurmountable challenge);how did we get there and why have we remained there for so long (a perennial issue, of sorts)?

One of the questions I put to our stakeholders last week at the national consultation on gender was “have we yet to achieve gender equality because of shame?” Are we too ashamed to admit to ourselves that the system we have used for far too long is broken (still) – and needs fixing?

Fixing broken things can sometimes be straightforward, but sometimes fixing a broken thing necessitates creating a new thing altogether with the broken parts.

In the last few weeks the Ministry’s intention to mandate the use of positive behavior support has become a topical issue on social media and in the news. One of the reasons this decision is causing so many people to feel uncomfortable is because they are asking the wrong question. They are asking, “how are we going to punish the children?” They are trying to take the broken pieces of a punitive system and put them back together to make a similar thing – they are insisting on seeing discipline as punishment and punishment in one particular way. To them if we take away a certain form of punishment then it must be replaced with another form of punishment. How about taking the broken pieces and making something different out of it – mandating the use of positive behavior support in our learning institutions is forcing everyone to view discipline as developmental – something that is taught with support, as it should be.

Are we approaching gender equality with that same kind of mindset – are we asking ourselves the wrong questions? Do we see our task as advocates, looking for space for women next to men? Are we trying as Government to create a space for women where men “rightfully” are?

If we continue to look at gender equality in this manner we will be making the same error as those looking for another way of punishing children. We will be thinking of maintaining the same framework, but changing the actors. How about innovating for gender equality? How about a change that is not a replacement of an object or person? How about creating an enabling environment for systemic change?

Have shame and fear kept us from creating this enabling environment? Haven’t you ever heard of the man who fell miles into the air on a dark cold night, holding tightly on to a rope? Although he was told to have faith and drop the rope he refused to do so because he was too afraid of falling to his death – since he couldn’t see how far he was from the ground. He held tightly to it and refused to drop – only next morning after having frozen to death, tightly holding on to the rope, he was found mere inches from the ground.

Sometimes taking this leap of faith into the unknown – the unseen – the never done, can be frightening. What will become of what we have always known? How will it be? We don’t know. What we do know is that we are not going to get where we say we want to get, by continuing in the same direction we have been moving, or in the same fashion. Achieving gender equality is critical to our broader goal of achieving the SDGs and the 2030 agenda.

Every time a generation has gotten to this point, where it is unable to get ahead doing what it has always done, there is one option – innovate for change. One thing is for sure – one unchanging thing is for sure – as long as there is a mind (or there are minds) – there will be innovation.

This year’s International Women’s Day theme, in the context of our 40th Anniversary of Independence, is beckoning us to come together, reflect on our journey, aspire to a bright future and be bold to step out of the barriers and boxes and contexts we have created for ourselves, that bar us from realizing the very goals we set for ourselves. Hence, the need to innovate for change.

Let us employ the values of inclusiveness and pride in a shared journey, to create a future where women, men, girls and boys - equally - can contribute to our development.

Raise Your Voice marching for women on International Women's Day