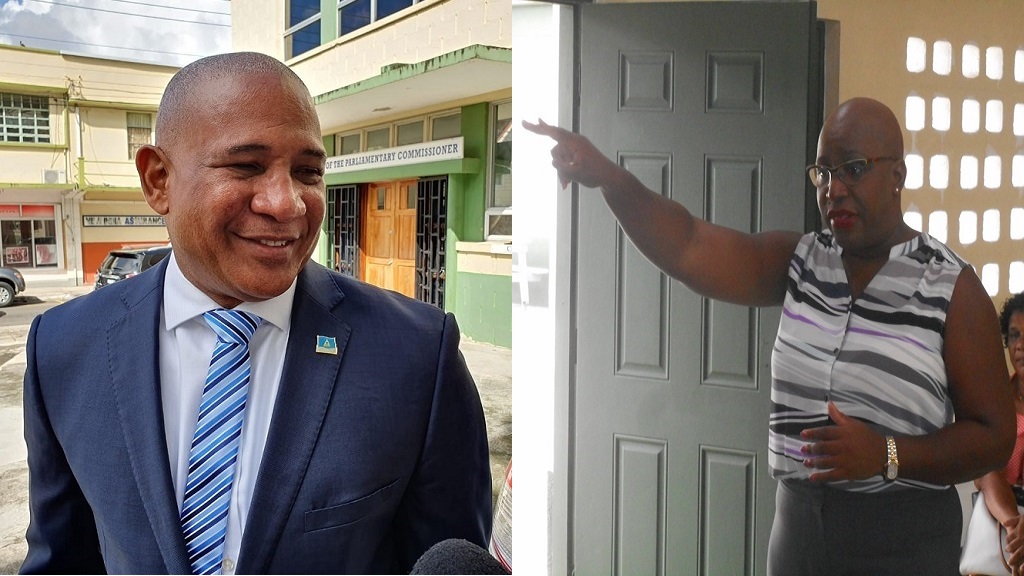 As the Ministry of Education seeks to continue instructing its students for the remainder of the school year, the public remains skeptical about the capabilities of teachers to adequately teach the nation’s children.

After only four days of training in the use of online platforms such as google classroom, teachers and students were back at school on April 20, 2020, albeit in a virtual setting.

Education Minister Dr Gale Rigobert has maintained that the plan was to integrate online learning with traditional modes of instruction, such as worksheets, where access to technology was limited.

“I am encouraged by the willingness of teachers, parents and other stakeholders to embrace this mixed modality, all while recognizing fully the challenge which exists, to ensure that students are still engaged in learning,” said Dr Rigobert.

However, Castries South MP Dr Ernest Hilaire is adamant that the UWP administration mismanaged government’s resources by halting the one-laptop-per-child program, which began in 2013 under the then Saint Lucia Labour Party (SLP) administration.

"We are now begging people who have discarded laptops and PCs to make them available. If we had continued the program, we would not have been in this situation," said Dr Hilaire.

“It shows that the government was vindictive in its approach, by wanting to stop any signature project of the Labour party for its own selfish reasons. It is really a sad state of affairs,” Dr Hilaire lamented.

When asked whether it was a bad idea to stop the laptop program, Dr Rigobert said that e-Education is not solely dependent on equipping a child with a laptop.

“We have always maintained that integration of ICTs in Education is not equivalent to only equipping a child with a laptop in a particular form as obtained under the Labour administration. We have always maintained that there are other accompanying policy measures, building capacity initiatives that will help whoever the end-user is, be it the teacher or the student, to be better equipped with skills to leverage the hardware, which is the device.

What we have done is to show the various interventions, whether it is enhancing capacity at the teacher level, introducing new courses or improving the courses that students take to enhance their capacity to use a device, retrofitting and equipping schools with more hardware. It is that suite of activities that will give true meaning to any ambition for online learning, for integration of ICTs or for e-Education in Saint Lucia,” said Dr Rigobert.

She reiterated: "To equip a child or a teacher with a laptop without the commensurate or accompanying training to best utilize that device is not the wisest thing to do and that is why we have instead, along with ensuring that students and teachers have hardware, that they have the accompanying skills to better utilize the capacity of the physical device."

In 2013, under the laptop programme, approximately 4,000 laptops were distributed to form four students across the island.

Rigobert on troublemakers in education system: "I leave them to God"