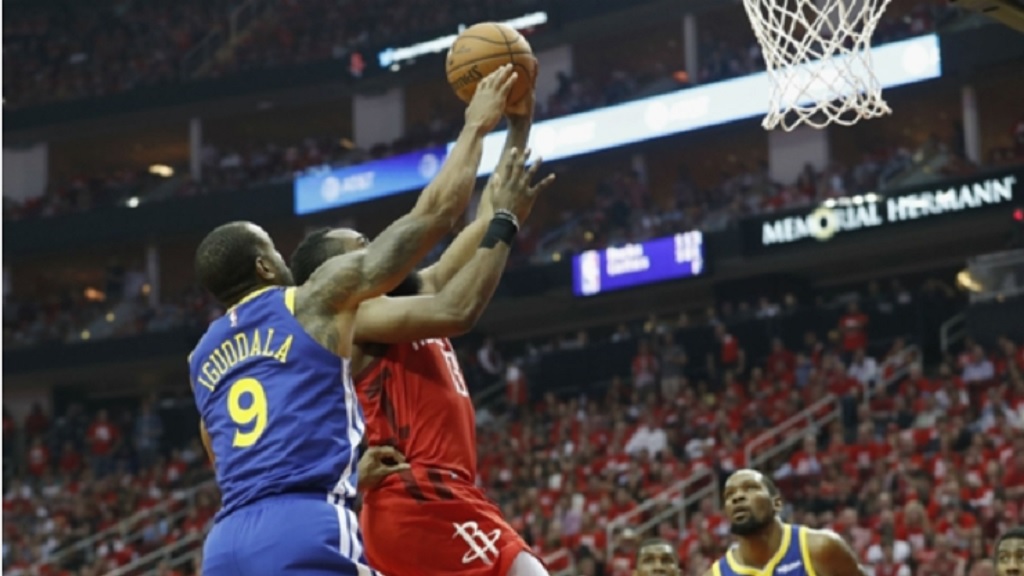 The Houston Rockets are even with the Golden State Warriors at 2-2 in the Western Conference semi-finals.

Houston's 112-108 victory over Golden State on Monday was their second straight win at the Toyota Center in the series.

James Harden was phenomenal for the Rockets.

The reigning MVP led all scorers with 38 points and added 10 rebounds in the contest. He hit big shots and did so in an exciting fashion.

Kevin Durant continued his hot streak, as the Warriors star poured in a team-high 34 points. Just like in Game 3, Golden State launched an impressive late-game surge to make things interesting at the end.

But it fell short.

Meanwhile, the Milwaukee Bucks have won three straight against the Boston Celtics.

Milwaukee's 113-101 victory over Boston gave them a 3-1 lead in their second-round series.

Giannis Antetokounmpo is playing like the MVP candidate he is. The star forward totalled 39 points and 16 rebounds in a dominant performance.

Kyrie Irving posted 23 points and 10 assists in the contest, but was not an efficient shooter. He made just seven of his 22 field-goal attempts and was one of seven from behind the arc.

Overcoming a 3-1 deficit will certainly be difficult against the team that recorded the best record in basketball this season. Game 5 will take place in Milwaukee on Wednesday.

Stephen Curry finished with 30 points for the Warriors.

Connaughton gets it done at both ends for Bucks

Pat Connaughton blocked a three-pointer on one end and threw down a dunk in transition on the other.

The Nuggets lost in quadruple overtime on Friday, but bounced back to get a crucial Game 4 win. The Trail Blazers will have to get a win in Denver, where the second-seeded Nuggets were one of the best teams in the NBA this season. The 2-2 series could take a big swing on Tuesday.

Bucks even series with Celtics, Warriors take 2-0 lead over Rockets