Roots and Soul 2019 off to a great start 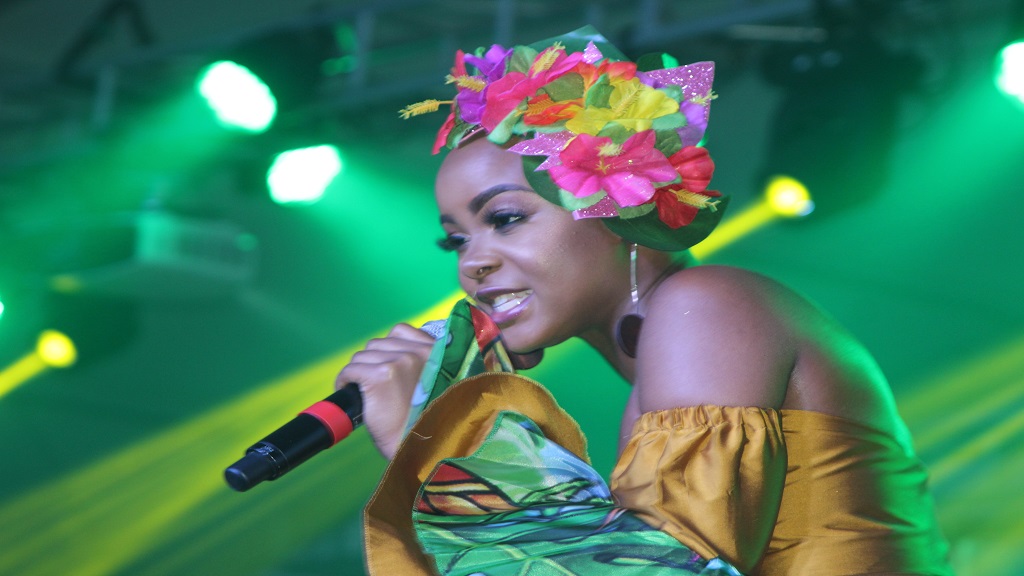 If last night was a yardstick in which to judge the quality of live performances that will be coming out of the third edition of Saint Lucia Roots and Soul, then the organizers of the event need to take a bow as the curtain-raiser of the three-night event was simply beautiful.

The show, held on the Ramp in Rodney Bay did not disappoint in talent, choice of venue, acoustics, ambience and originality.

The night was all about poetry, rap, music, song all woven together to create a sound that captivates. While it was different from the jump and wave and dancehall styles of jam sessions Saint Lucians are more than familiar with, all these elements of music were incorporated in the sessions.

Starting it off was homegrown sensation Naomie “Ngozi” Grandison with a brand of music and a performance easily understood by poets, rappers and last night’s audience.

Her online profile describes her as a rare kind of artiste whose brand is instantly understood. And that hers is a serene and earthy presence that conveys a sense and a celebration of self.

Last night was more than that, it was a woman all caught up in her art and love of what she does which was recognized and loved by the audience.

Last night was the first time Ngozi had a set on stage featuring only herself and she was thankful for that.

“I mostly performed in groups. This is the first time I had a set entirely featuring me, I am grateful, I feel grateful,” she said.

Nothing was lost when the next act took the stage in the person of another Saint Lucian Asher ‘Smallz’ Small based in Canada. His fluency in rap, rhythm and blues and the spoken word was mesmerizing as he moved effortlessly into each, again proving beyond doubt that Saint Lucian artistes are world-class performers and entertainers.

Moulding him to be the artiste he is was his home environment that was laced with different styles of music from rhythm and blues to jazz.

“I realized after a while that I can incorporate everything into one. I was able to find my sound, fine-tune everything to make it what it is now,” Smallz said in a post-performance interview.

An individual who writes and performs his own material, Smallz brought a level of passion to the stage that was just beautiful to behold.

Curmiah Lisette, another homegrown musical marvel, took the audience to another level with her ability to seamlessly incorporate into her performance a whole lot of local vibes taking a piece of the kweyol language, the folk songs and not forgetting the famous Dennery Segment musical style to create her own style.

The audience loved it, which spurred her to give even more of herself on stage. The model/poet/performer/educator/dancer has it all and proved it last night.

Based in London, the multi-talented Saint Lucian from Micoud gave a scintillating performance that took the audience by storm, heightened further when she called on stage eight-year-old Thandi Wilson, who with Lissette rocked the audience with their poetry/written word performance.

With the atmosphere already charged, 3Canal out of Trinidad and Tobago took it all to a whole new level, bringing the curtains down on a magical first night of Saint Lucia Roots and Soul with two more nights to go.

Tonight, at Pigeon Island, Jamaican reggae artiste Tarrus Riley featuring Estelle will headline the set, which will include Leee John and Imagination, Timaya and Skip Monday.

It all ends Sunday night with UB40 set to bring the curtains down on what organizers are hoping will be a smashing end to an event that really needs a major turnout if it hopes to remain alive in coming years.