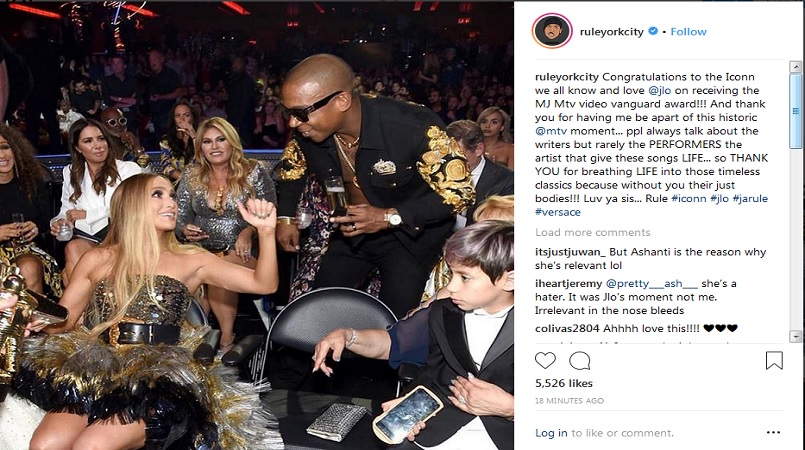 St Lucia's Roots & Soul concert event is fast approaching and headliner Ja Rule's appearance at MTV's Video Music Awards on Monday, August 20 was an electric preview of what we can expect from the veteran rapper.

Ja Rule is co-headlining Roots & Soul with the songstress he is most associated with, Ashanti, but he performed at the VMA's with Jennifer Lopez, another singer with whom he made enduring hits.

Lopez was honoured at the show with the Michael Jackson Video Vanguard Award which has previously been awarded to esteemed musicians such as Michael Jackson himself, his sister Janet Jackson, The Beatles, Madonna, The Rolling Stones, U2, LL Cool J, Kanye West, Rihanna and Beyonce.

Lopez performed a medley of her hits spanning her career and was joined by Ja Rule for two of her biggest songs, "I'm Real" Remix and "Ain't it Funny" Remix, both of which went #1 on the Billboard Hot 100 chart. Lopez has had two other #1 hits, "If You Had My Love" and "All I Have" featuring LL Cool J.

Interestingly, Ashanti wrote on "Ain't it Funny". She recalled the process saying, "Everyone was there and Ja [Rule] was on the floor playing video games, and they had the beat playing in the background. Chris Gotti, Irv Gotti's brother, said 'Ja's supposed to be writing this record for J-Lo, but it doesn't look like he's going to be doing anything tonight. Why don't you go in there and see what's happening?' So that's exactly what I did." Ashanti wrote two verses and recorded a demo for the new version of "Ain't It Funny" for Lopez...The song was due to be recorded the following day, but was postponed due to the September 11 attacks. When work resumed on the song, Gotti called Ashanti from Los Angeles asking her to write another verse for the song. She recalled: "I had to write it over the phone and two-way Irv the lyrics."

Ja Rule and Ashanti will perform in St Lucia on Sunday, September 2, 2018 at at the Pigeon Island National Landmark.

MTV VMAs was a shocking event, for the wrong reasons