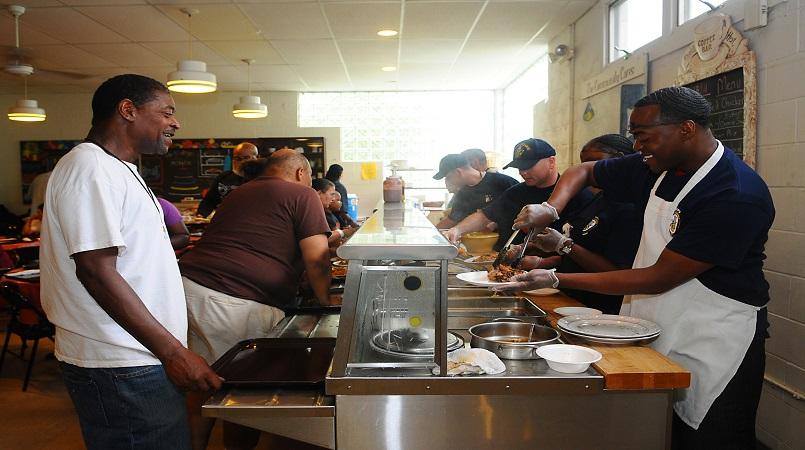 George the Fifth Park in Castries will be the home of a soup kitchen to be constructed by the Rotary Club of St. Lucia.

The club broke ground for the construction of the kitchen yesterday saying that this is part of an initiation to fight poverty in the city of Castries.

The project is the brainchild of former Rotary President and banker, Chester Hinkson who has spoken at length about poverty in the country.

Hinkson is of the view that poverty, like slavery and racism, are crimes against humanity and therefore must be the concern of everyone.

He said that by building the soup kitchen, Rotary was demonstrating its commitment to help eradicate the problem.

The idea of the permanent soup kitchen is to provide a place where the poor and the indigent can benefit from not just a daily meal but also have access to a shower and a change of clothes as well as socialization and counselling with the ultimate aim of being transformed into more productive citizens.

Hinkson said that Rotarians in St. Lucia are encouraged by the verbal feedback they have been receiving from non-Rotarians who want to help with the project. He said that people meet him on the streets and ask how they can help.

“This is encouraging as it shows a sense of empathy and compassion,” Hinkson said.

13 missing, thousands displaced after typhoon in the Philippines