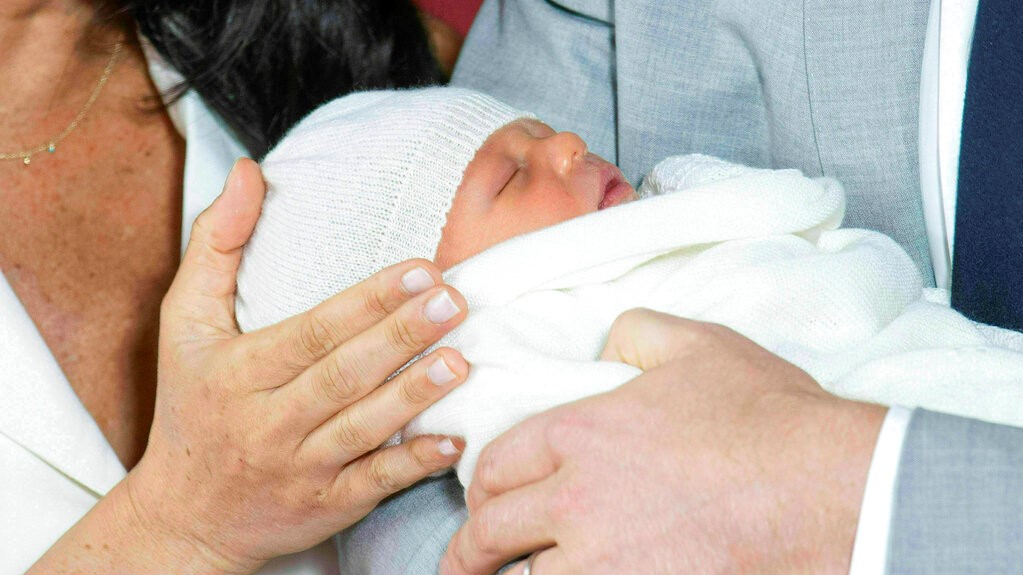 In this Wednesday, May 8, 2019 file photo, Britain's Prince Harry and Meghan, Duchess of Sussex, during a photocall with their newborn son, in St George's Hall at Windsor Castle, Windsor, England. (Dominic Lipinski/Pool via AP, File)

The youngest member of Britain's royal family, Archie Mountbatten-Windsor, is being christened Saturday in a private family ceremony at Windsor Castle.

The 2-month-old son of the Duke and Duchess of Sussex will be baptized in a private chapel at the castle by Archbishop of Canterbury Justin Welby, head of the Church of England.

He will wear a lace and satin christening gown — a replica of one made for Queen Victoria's eldest daughter — that was also used for his cousins Prince George, Princess Charlotte and Prince Louis.

Archie's aunt and uncle Prince William and his wife Kate were seen arriving at the castle before the christening on Saturday. Queen Elizabeth II is not expected to attend.

Parents Prince Harry and Meghan have faced criticism for declining to reveal the names of Archie's godparents, and not giving the public a glimpse of the event — though that didn't stop well-wishers coming to Windsor with Union Jack flags, banners and even a cake to mark the occasion.

The royal couple's decision sparked controversy in part because of the recent revelation that their Windsor home was renovated with 2.4 million pounds ($3.06 million) of taxpayers' money.

Royal fan Anne Daley said she was "very hurt" by the decision.

"That baby is Princess Diana's grandson. We should be able to see the christening," she said.

Harry and Meghan plan to release official photos of the baptism later.

Archie was born May 6 and is seventh in line to the British throne.