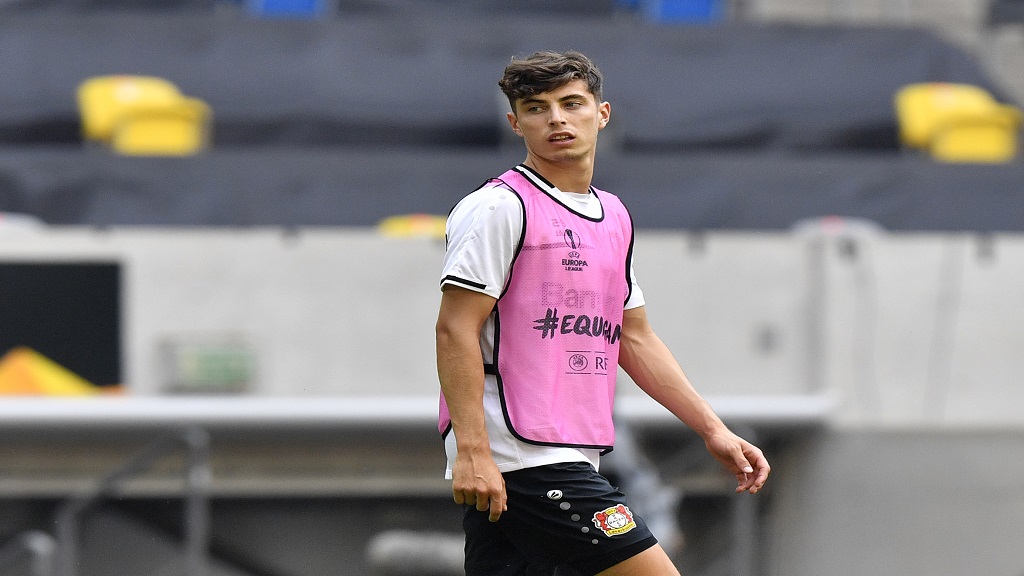 Kai Havertz is reportedly still pushing for a move to Chelsea, while Manchester United are considering their options.

Havertz has been heavily linked with a move to Chelsea after an impressive season with Bayer Leverkusen.

The attacker may be getting closer to a switch to Stamford Bridge.

Havertz is still pushing for a move to Chelsea from Leverkusen, according to Fabrizio Romano.

The Germany international would join Timo Werner and Hakim Ziyech in heading to Chelsea ahead of 2020-21.

Havertz scored 18 goals and provided nine assists in 45 games for Leverkusen this season.

Real Madrid are considering their options ahead of next season. AS reports the LaLiga champions will bring back Martin Odegaard, who has been on loan at Real Sociedad, and Dani Ceballos, the latter having spent time on loan at Arsenal.

Chelsea are linked with numerous moves ahead of 2020-21. However, The Guardian reports they are yet to make a bid for West Ham star Declan Rice.

After a fine career at Manchester City, David Silva is leaving the Premier League giants. The Guardian reports Silva, 34, will join Lazio on a three-year deal.

Mario Gotze is set to have plenty of interest after leaving Borussia Dortmund. However, Sport Bild reports the 28-year-old has rejected a move to MLS side Inter Miami.

Rumour Has It: Man Utd not giving up on Sancho

Rumour Has It: PSG focused on Mbappe, Neymar over Ronaldo

Rumour Has It: Aubameyang set to sign new Arsenal deal