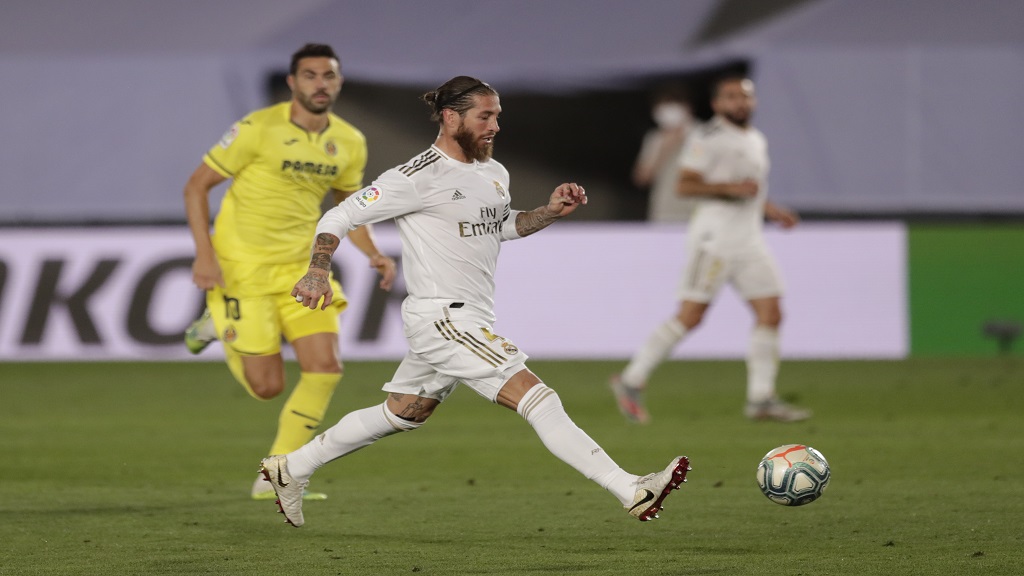 Sergio Ramos has been the face of Real Madrid, especially since Cristiano Ronaldo's departure in 2018.

Ramos highlighted his importance as Madrid dethroned Barcelona in LaLiga this season.

As the 34-year-old's current deal winds down, talks are reportedly underway to prolong his stay.

Real Madrid captain Ramos wants €17million to renew his contract with the LaLiga champions, according to Diario Sport.

Ramos is out of contract in 2021 and there have been question marks as to whether the Spain skipper will sign a new deal at the Santiago Bernabeu.

The defender has called Madrid home since arriving from Sevilla in 2005.

- Could Real Madrid forward Luka Jovic reunite with former Eintracht Frankfurt team-mate Ante Rebic at Milan? According to reports, Fali Ramadani – agent to both Jovic and Rebic – met with Milan directors Paolo Maldini and Ricky Massara on Wednesday. Jovic has struggled since leaving Eintracht for Madrid at the start of the season, with the Serbia international linked to Milan, Napoli, Leicester City and Chelsea among others. Rebic, meanwhile, is on a two-season loan from Eintracht.

- Sky Sport Italia and Sportitalia report Victor Osimhen is set to be presented as a Napoli player on Friday. The Lille forward had previously been the subject of reported interest from the likes of Liverpool and United. Sky journalist Fabrizio Romano also says talks are ongoing for Napoli to sign Jeremie Boga from Sassuolo.

- Milan have contacted the agent of Brescia star Sandro Tonali, claims Sportmediaset. While Inter remain the frontrunners, their city rivals are not giving up on the Italy midfielder.

Rumour Has It: Aubameyang waiting for Barca, City set to land attacker

Rumour Has It: Man Utd close in on Dortmund star Sancho