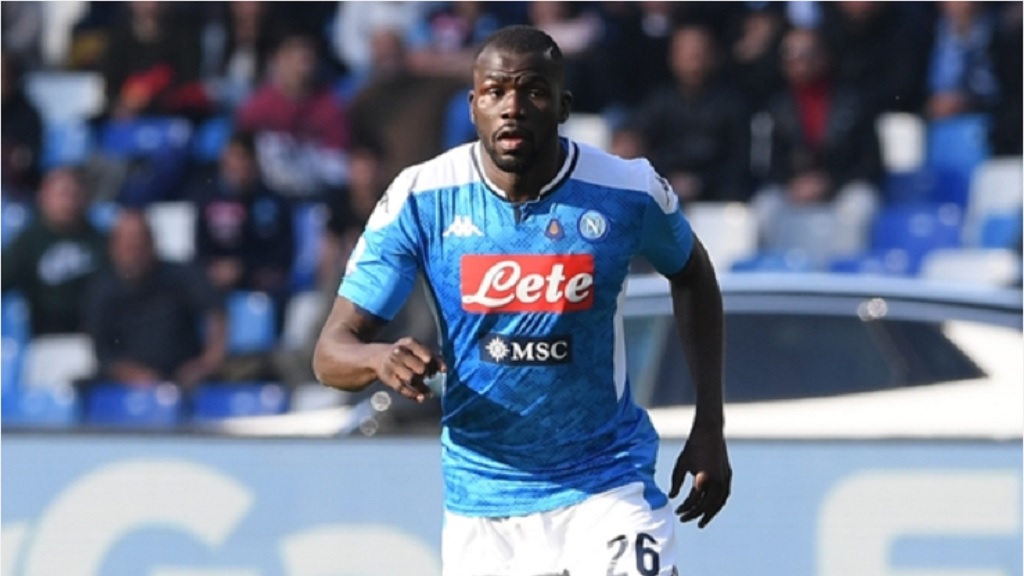 Manchester City are reportedly ready to give up two players in a deal for Napoli star Kalidou Koulibaly.

Koulibaly, 29, has regularly been linked with a move from Naples, with several of Europe's biggest clubs apparently keen to land the centre-back.

And City may know who they are ready to offer up as part of a deal.

Manchester City could use Nicolas Otamendi and Oleksandr Zinchenko in a deal for Napoli star Koulibaly, according to The Sun.

The report says the Serie A club has already contacted City about Otamendi and Zinchenko.

Napoli are said to want €100million for Koulibaly, who has also been linked to Liverpool, Manchester United, Chelsea and Arsenal.

- Liverpool have been repeatedly linked with a move for Bayern Munich midfielder Thiago Alcantara over recent weeks. However, ESPN reports the Premier League champions will not pursue a deal for the former Barcelona star.

- Speculation around Eric Garcia's future continues. According to Mundo Deportivo, the Manchester City defender is motivated to return to Barcelona, but the Premier League club has offered the 19-year-old a bumper contract, with his current deal expiring in 2022.

- Will Roma get a deal done for Chris Smalling? Gianluca Di Marzio says Roma are in negotiations with Manchester United to make the defender's move permanent. The report says Roma's offer of €3m (£2.7m) to extend the loan for a season before a €15m (£13.4m) offer to make the move permanent has been deemed too low.

- Mesut Ozil wants to see out his contract at Arsenal, with his deal expiring in 2021. The Sun reports the attacker has told friends he will only consider playing in MLS or the Turkish Super Lig after he leaves Arsenal.

- Paris Saint-Germain (PSG) could be looking to strengthen while weakening one of their Ligue 1 rivals. Foot Mercato reports PSG are interested in Lyon and France defender Leo Dubois.

Rumour Has It: Havertz wants Chelsea, Griezmann gets Barca reassurance

Rumour Has It: Mbappe, Havertz and Camavinga waiting on Madrid