Rumour Has It: Messi to extend Barcelona contract until 2023 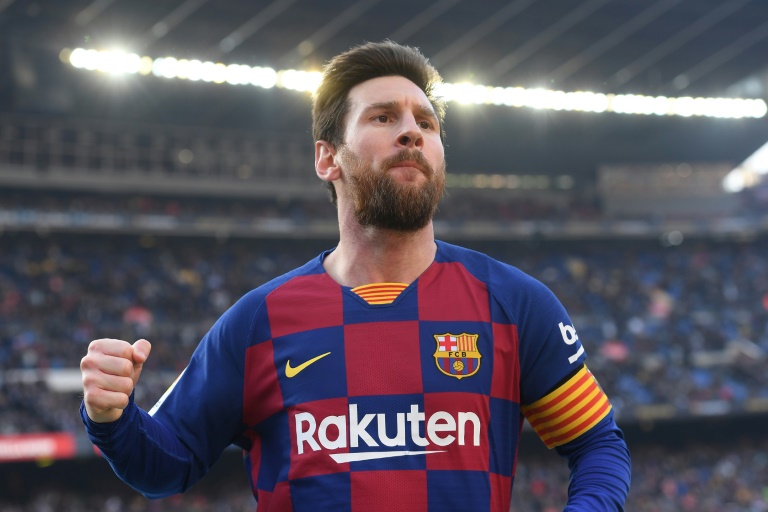 Lionel Messi is reportedly set to re-sign with Barcelona.

The Argentina star is out of contract at Camp Nou next year but is seemingly set to extend his stay with the LaLiga giants a little longer.

Messi, 32, has spent his entire professional career at Barcelona – and he may yet end up a one-club player.

Messi will extend his contract at Barcelona until 2023, according to Mundo Deportivo.

The report says the forward will get to decide if he wants to leave the club before then.

Messi is enjoying another fine season with Barcelona, scoring 26 goals in 33 games in all competitions.

- Tottenham want to hold onto their stars. The Telegraph reports chairman Daniel Levy is eager to keep Spurs' best players, including Harry Kane – who has been linked to Real Madrid – and Dele Alli and Son Heung-min.

- It remains to be seen if Pierre-Emerick Aubameyang will stay at Arsenal. CalcioMercato reports the forward – out of contract until 2021 – is open to a move to Inter, but the Gabon international is not among the Serie A club's top choices if they need to replace Lautaro Martinez, who is wanted by Barcelona.

- Madrid are reportedly eager to sign Rennes midfielder Eduardo Camavinga. But Sport says the Ligue 1 club is working to extend the 17-year-old's contract, with his deal running until 2022.

- Liverpool could be set to make changes. The Sun reports Xherdan Shaqiri, Divock Origi, and Dejan Lovren could make exits, while Marko Grujic and Harry Wilson may leave on permanent deals. It also says Liverpool are set to give Naby Keita one more season to prove his worth.

- Empoli midfielder Samuele Ricci is reportedly catching the eye. CalcioMercato says Milan have kept an eye on the 18-year-old, while Napoli and Borussia Dortmund are also said to be interested.

Rumour Has It: Villa want £80m for Grealish as Man U consider options