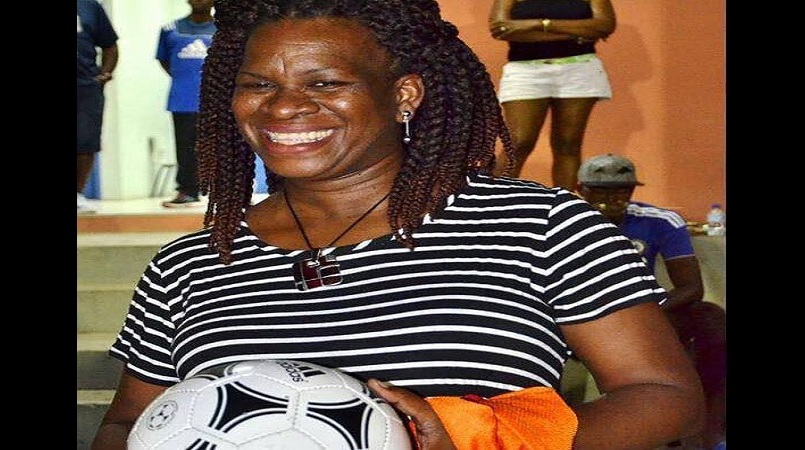 The Saint Lucia Football Association Inc. mourns the passing of one of its stalwarts, Jeffa Belasse of the Vieux Fort South Football League.

She was an unselfish giver who selflessly gave her short life to Vieux Fort and the national community in the field of Football.

She breathed and lived a life of football in the south by her active support and work – she walked the walk. Her passion to see her community progress and be successful was the pillar upon which she based her unselfish contribution to ensure that Vieux Fort South gave of its best at all levels.

For her to ensure her meaningful impact, she served the sport of football in many capacities and undertook and participated in a number of activities;

She became involved in the re-organisation of Female Football in Vieux-Fort South well over 10 years ago. Her motivation to the female footballers was not just in organizing but she often physically participated in the training sessions like all the other players constantly pushing them even when she would be exhausted,

Because of her commitment, Vieux Fort South won a number of Female Football Championships throughout the years and the Junior, Youth and Senior levels,

Her contribution was also motivated by the fact that she pushed and encouraged the female footballers to take their schooling seriously and helped a number of them gain Football Scholarships to Universities in the United States of America,

Jeffa did not only advise, but she played a hands on and key role in helping chart the development of Football in Vieux Fort South by her active participation and functioning in the following capacities;

– Manager of the Vieux-Fort South Under 15 Female Football Team

– Manager of the St. Lucia Under 15 Female Football Team

Her devotion and commitment to community development through Football is unquestionable.

We will surely miss this great lady – She will forever be kept in our memories.

May she Rest in Peace