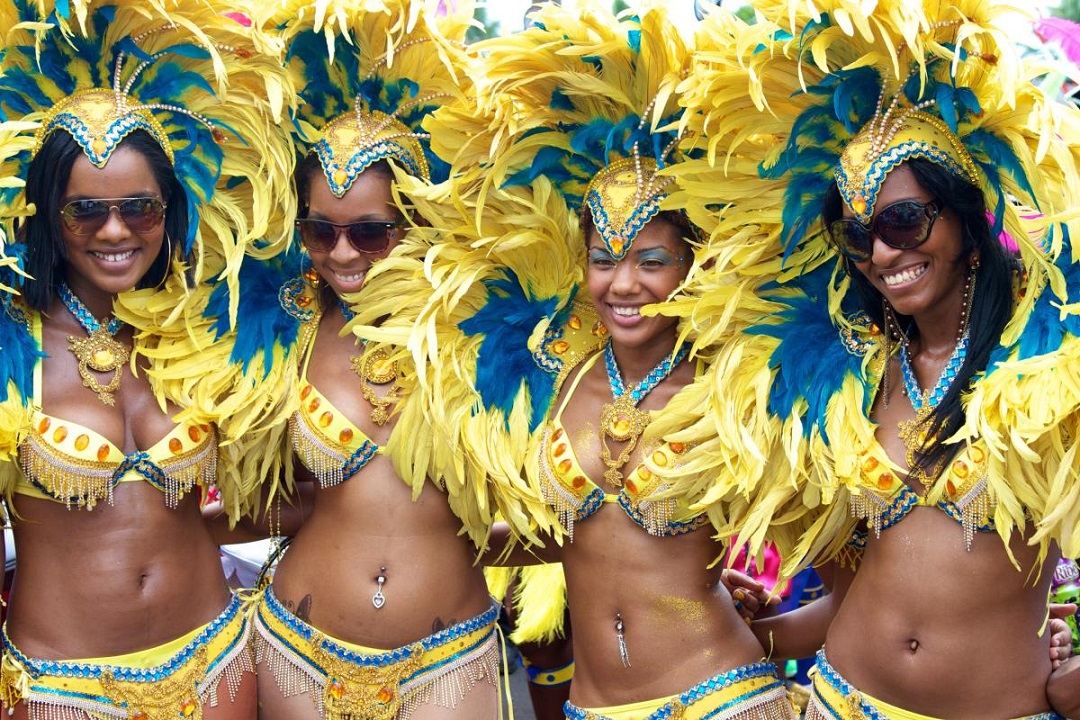 Saint Lucia is set for the biggest and most colourful exposition on the Soleil Saint Lucia Summer Festival calendar – Carnival 2018.

The Saint Lucia Tourism Authority, in a release, said it is pleased to be part of the extravaganza that has long been regarded as Saint Lucia’s main cultural showpiece. Carnival is the third event under the Soleil Summer Festival umbrella.

For the second year running, Carnival is being managed by the Events Company of Saint Lucia (ECSL) and the Cultural Development Foundation (CDF).

Altogether, there are well over twenty-five (25) events on the Carnival calendar for this year, including the National Carnival Queen pageant, the Calypso Competition, Junior Carnival, J’ouvert, and the King and Queen of the Bands competition.

The festivities will culminate in the two-day parade of the bands on July 16 and 17 where revellers will take to the streets in embellished beaded and feathered costumes portraying different themes.  With quite a number of activities already underway, there is even more to look forward to. 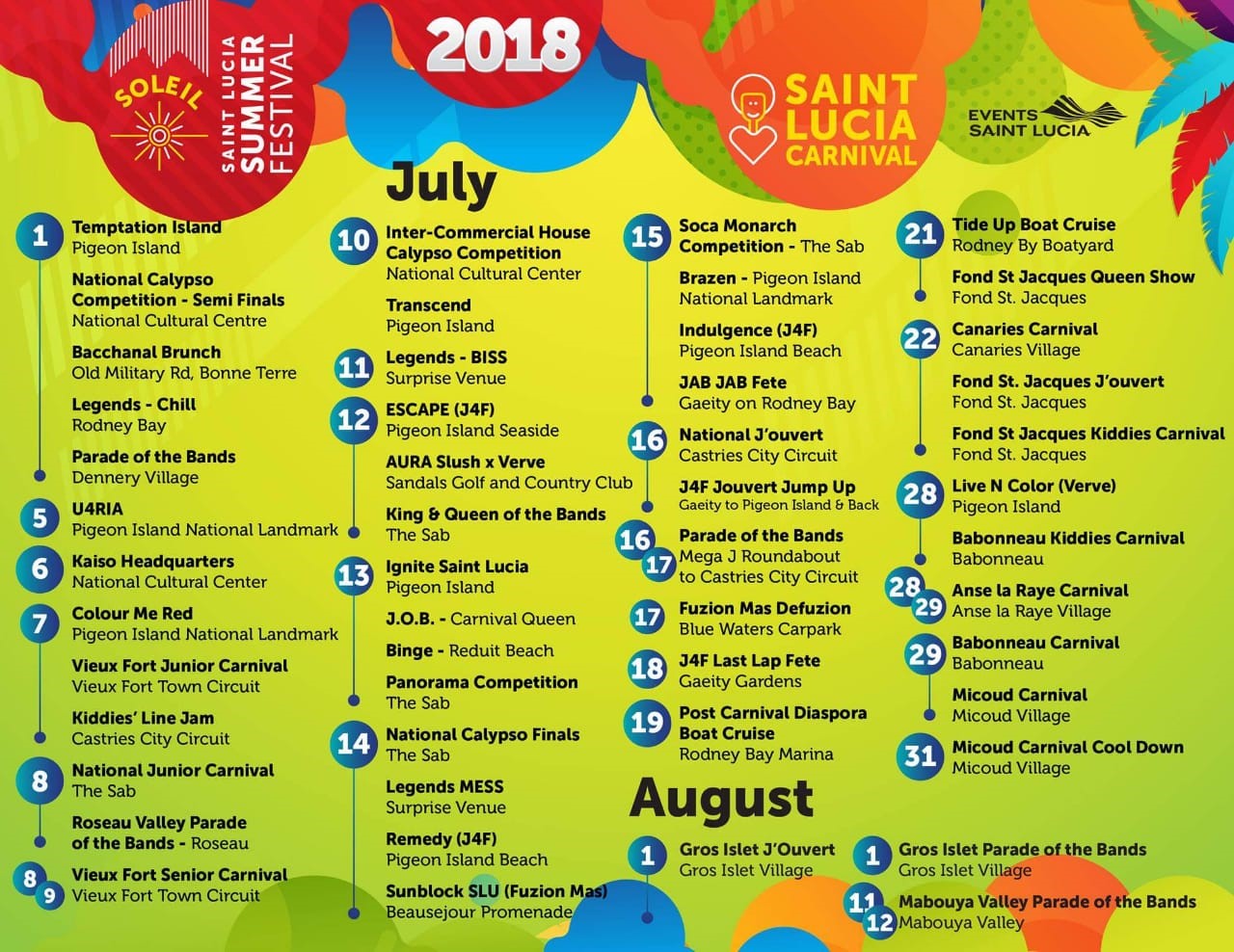 This year’s Carnival will provide a perfect opportunity to showcase the island’s organic Kuduro sub-genre – the Dennery Segment – which has taken over carnivals around the world and captured the imagination of societies everywhere. Artistes associated with the genre will perform their popular music live at a host of Carnival events.

The International Fashion and Lifestyle Magazine, Vogue, featured Saint Lucia’s Carnival as one of “the Caribbean carnivals you don’t want to miss this summer,” especially for its attendant “Dennery Segment” musical genre.

Several fringe activities are also being hosted by private interests around the island, adding diversity to the carnival product, including a post-carnival diaspora boat cruise and other street parades extending to the month of August.  The private sector is onboard fully with Carnival this year, providing loads of sponsorship, appreciating how the celebration has developed especially over the last two years.

Up next on the Soleil Saint Lucia Summer Festival calendar is the Roots and Soul Festival which is set to go live from August 31 – September 2, 2018.

Employees should get time of for Carnival - Chamber of Commerce

Great St Lucia beaches to wind down on after Carnival