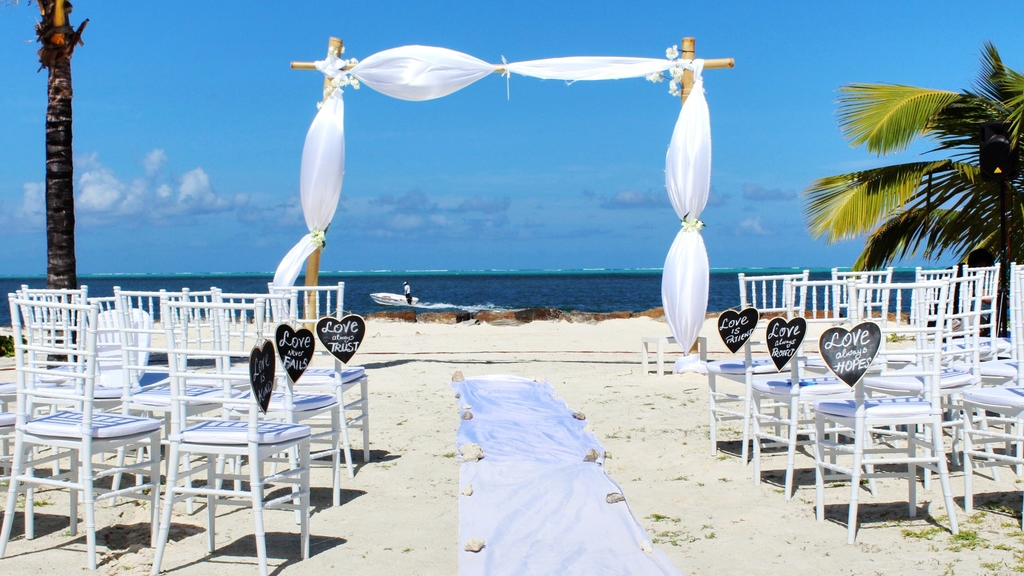 Stock image of beach wedding by Arshad Pooloo on Unsplash

Saint Lucia has won the award for the ‘Caribbean’s Leading Honeymoon Destination’ at the 26th annual World Travel Awards (WTA) in Jamaica at the Sandals Montego Bay on January, 28.

Saint Lucia has won this award ten times, with the most recent honour in 2018.

The red-carpet award ceremony celebrates the most prestigious travel professionals and tourism brands in the Caribbean and North America. The World Travel Awards followed with the 37th edition of the Caribbean Travel Marketplace, which is hosted by the Caribbean Hotel and Tourism Association (CHTA) from January 29 – 31.

“To be continuously recognised as the ‘Caribbean’s Leading Honeymoon Destination’ is truly an honour, it demonstrates Saint Lucia’s commitment to excellence and our unmatched romance product offering. Saint Lucia offers endless experiences and breathtaking pitons with the Caribbean Sea in open air settings; it doesn’t get more romantic than that!" Said Chief Executive Officer at the Saint Lucia Tourism Authority (SLTA), Tiffany Howard.

In 2018, Saint Lucia was also bestowed the title of ‘World's Leading Honeymoon Destination’.

During the said year, Saint Lucia recorded a five percent increase in honeymoon arrivals over 2017.

The island is also making a strong bid for the title of ‘World's Leading Honeymoon Destination’ in 2019.

The Saint Lucia Tourism Authority (SLTA) is positioning the island as a premier luxury destination, applying further concentration to niches that continue to drive business internationally, the SLTA said in a release.

Saint Lucia recognised as Best Island in the Caribbean