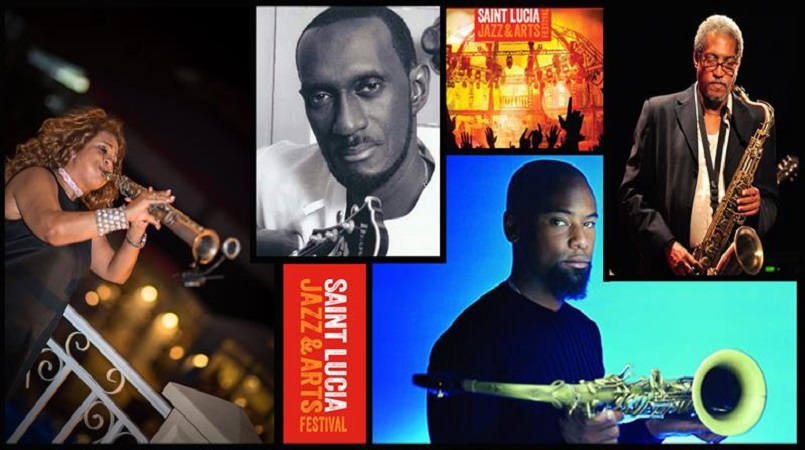 With its return to genuine jazz music, the Saint Lucia Jazz Festival will this year feature four of the most prolific and creative Saint Lucian jazz musicians.

With Luther Francois, Barbara Cadet, Denys Baptiste and Ronald Boo Hinkson on its line-up, the festival pays tribute to outstanding Saint Lucian musicians and to their role in creating and promoting Caribbean and Creole Jazz.

On Monday, May 7, the festival will kick off with an entirely Saint Lucian lineup, featuring Barbara Cadet and Denys Baptiste. Accomplished musician, vocalist, arranger and composer, Barbara Cadet is also a musical director and producer, while Denys has had an impressive career both as a soloist and as a bandleader, with a most distinctive and immediately recognizable sound. He has played and recorded with some of the biggest names in jazz and other genres including McCoy Tyner, Ernest Ranglin, Courtney Pine, and Manu Dibango.

The year 2018 has already been a fabulous year for Baptiste, who has been nominated for the JAZZ FM Awards in two categories: under Album of the Year with his latest project, ‘The Late Trane', a CD that revisits some of John Coltrane’s late compositions, rearranging and presenting them in exciting new forms and for Live Experience of the Year for his 2017 concert with Pharaoh Sanders.

On Thursday, May 10, the headliner act at Sandals Grande in Gros Islet will be one of the most widely known and respected Jazz composers, performers and educators in the Caribbean. For a concert that will also feature London-based Dominican guitarist Cameron Pierre, Saint Lucia’s Luther Francois will present another original project called “Fragments,” with musicians from Saint Lucia, Martinique, Guadeloupe and the UK. This concert will be, in many ways, a tribute to Luther Francois’ role in support of the jazz festival over the years. Indeed, in 1991, years before the start of the Saint Lucia Jazz Festival, he gave the Creole jazz world one of its greatest annual events, as he was a driving force behind the founding of the October Jazz Festival. Luther has recently begun presenting extracts from a body of work that continues to expand. He lives in Martinique where he continues to make a valuable contribution to the evolution of music in the region through teaching, composing and performing.

“I have done a lot of work with other people’s music, and now I want to focus more on my own work, because I am also a composer and an arranger,” said Francois. “And I am a demanding composer. My music is not easy to play, it is like classical compositions, and to get into that kind of music, you have to practice, practice, and practice.”

This show will provide local music icon Boo Hinkson with another opportunity to showcase some of the best musical talent emerging from Saint Lucia at this time. Throughout his career, Hinkson has spent time and energy encouraging and supporting young musicians, and this concert will be another way for the Saint Lucian public to pay tribute to his role as a teacher, mentor, performer, producer and composer.

Saint Lucia Jazz 2017 kicks off at the Royalton