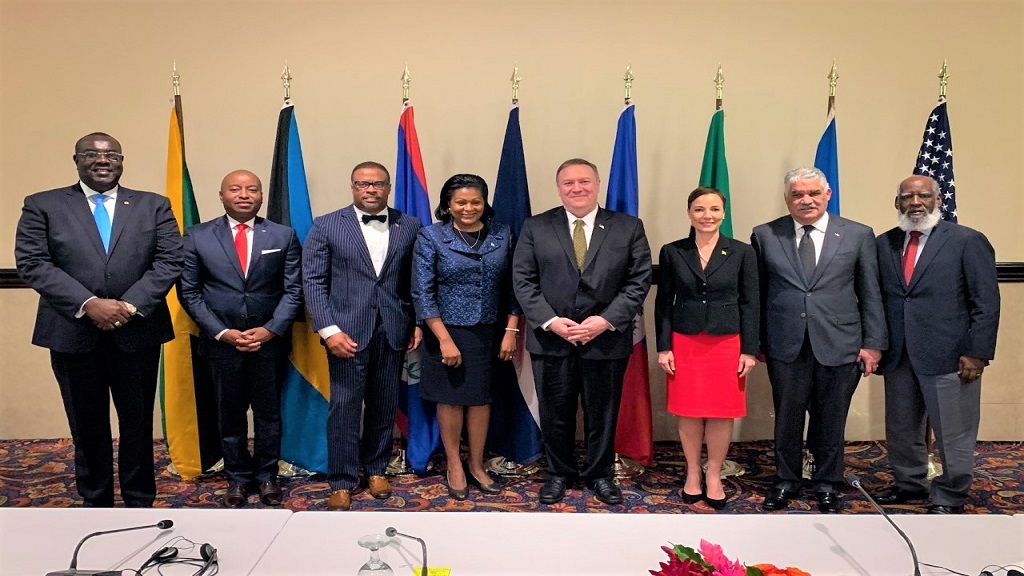 Minister with responsibility for External Affairs, Honourable Sarah Flood-Beaubrun, has reported that the meeting with US Secretary of State Michael Pompeo, was a welcome opportunity to engage with the administration on a series of initiatives important to the government and people of Saint Lucia.

At the Wednesday morning meeting which she attended along with other invited foreign ministers, the Secretary commented that his trip to the region was overdue and that the United States continues to be committed to initiatives that seek to strengthen ties on issues such as security and development.  As it relates to the Organization of American States (OAS), the Secretary indicated a known US position; that the US would like to see the incumbent Secretary-General, Luis Almagro, serve a second term at the helm of the organization.

Ministers in attendance raised with the Secretary, the impact of crime on regional development and the need for increased training and collaboration with the United States on that front.  Education as a key metric for countries to meet certain development goals was also an issue raised. 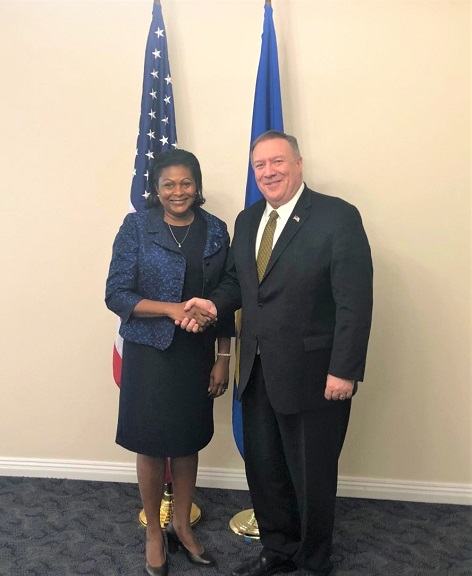 Minister with responsibility for External Affairs, Hon Sarah Flood-Beaubrun with US Secretary of State Michael Pompeo

Minister Flood-Beaubrun focused some of her remarks on the need for more programming in community development, drawing reference to USAID’s Community Family and Youth Resilience Program currently underway in Saint Lucia, Saint Kitts & Nevis and Guyana.  The Minister advocated for the expansion of this program and for best practices from it to be embraced regionwide.  Banking and blacklisting, and the issue of reputational damage that countries in the Caribbean were facing were also mentioned; as was the impact of graduation of countries to more developed status.

In a bilateral meeting, the Minister asked for Secretary Pompeo’s support for programming being discussed with the US in a variety of areas, including border security; education; and support for the country’s financial intelligence agency.  Minister Flood-Beaubrun and Ambassador Edmunds also attended a policy discussion hosted by the Ministry of Foreign Affairs and Foreign Trade, in collaboration with the Private Sector Organization of Jamaica and the American Chamber of Commerce, and which featured Secretary Pompeo.

The Minister was accompanied at the meeting by Saint Lucia’s Ambassador to the US and Permanent Representative to the OAS, His Excellency Anton Edmunds.