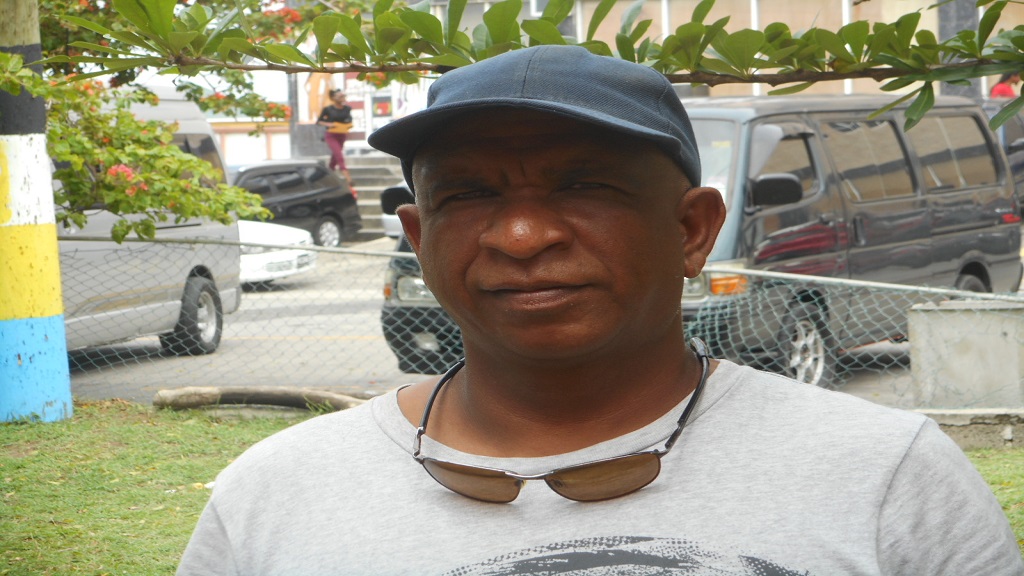 Kerwin Samuel, a sea moss farmer and manager of Total Health Food Services Ltd, is the victim of his own success.

Samuel, a resident of Pierrot, Vieux-Fort, along with a number of other sea moss farmers in the community, is grappling with the problem of sea moss thieves who are threatening their livelihood.

It all began about four weeks ago after Export Saint Lucia interviewed Samuel, whose company exported a shipment of sun-dry sea moss to the UK market, which he said has given local sea moss farmers a renewed sense of hope as they now have a bigger outlet for the sale and distribution of their produce.

Total Health Food Services is the first local company to export sun-dried sea moss to the UK market and was given high praise for such a feat by the Department of Fisheries.

Samuel said the interview, which is on the government’s website, has done the country a world of good, adding that it has resulted in foreign companies seeking ways on how to do business with Saint Lucians.

Recently, there has been much interest in sea moss farming in Saint Lucia and an increase in sea moss consumption.

The theft situation is of grave concern to Samuel, who is now appealing to the Ministry of Agriculture, Ezechiel Joseph, to intervene into the matter before it spirals out of control and causes serious damage to the growing industry.

Samuel said they may have to seek an audience with Joseph so as to discuss their plight. He added that the area in Vieux-Fort where they plant sea moss is a protected area which is maintained by the Saint Lucia National Trust (SNT) hence government should intervene in the matter.

“There are young men who wait for when we leave the sea late in the afternoon to go and harvest what we plant. They would cut the rope and take the sea moss from it,” Samuel lamented.

He said that they were informed that a number of young men who are not sea moss farmers are seen drying sea moss to sell to the local market.

According to Samuel, they are able to identify the sea moss they plant because it is different from those grown on the reef.

He said their problem is compounded because the area where they plant sea moss is rough, which results in it being broken and washed ashore where people take it.

“Some people put the sea moss in big bags, while others hire vehicles to take it away,” Samuel said.

He said this is unfair to them because the planting of sea moss is not an easy job. “We are in the water for almost six hours, three to four times a week,” Samuel said.

He said if the problem continues, soon they will not have enough sea moss to supply to their markets.

According to Samuel, one of the ways the problem can be curbed would be for government to register all sea moss famers on the island and issue them with ID cards.

Pig farmers trying to save association amid industry crisis