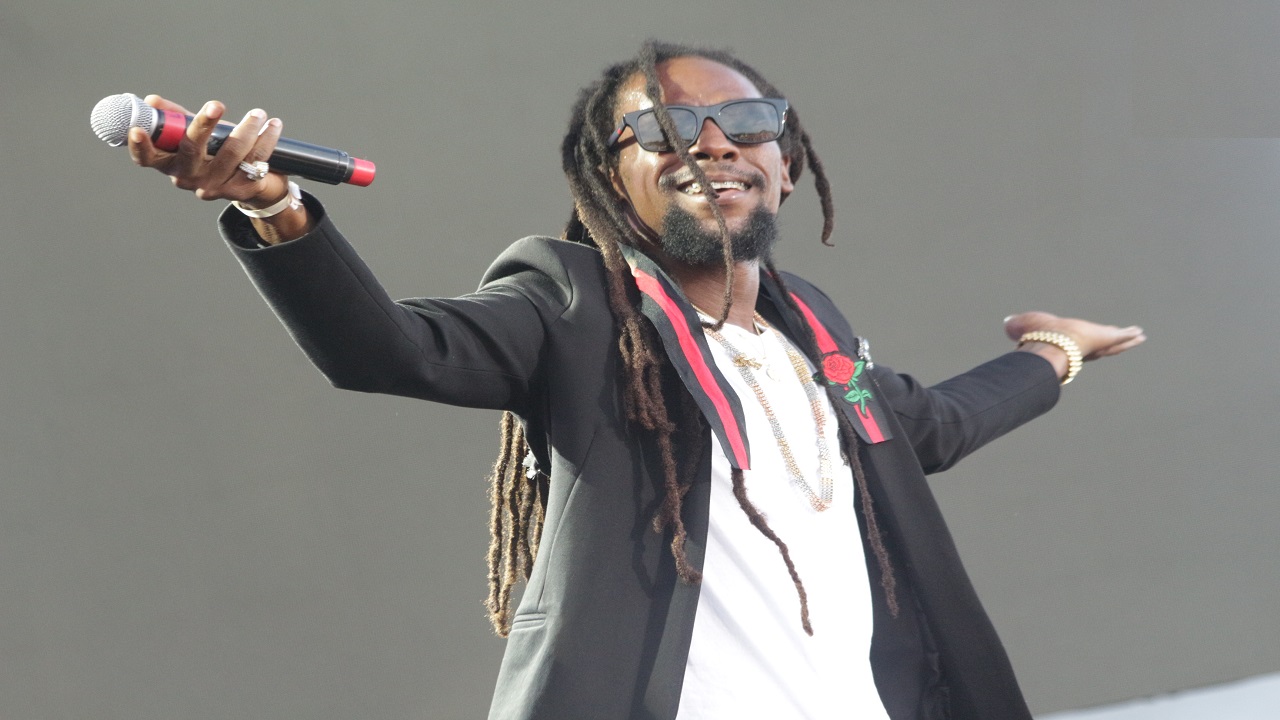 Some selectors are sticking to their guns and demanding that unless Jah Cure makes a public apology on social media, they will be temporarily banning his music.

Jah Cure raised the ire of sound system operators following the emergence of a video showing the singer berating them.

The singer has reportedly since apologized, but the selectors are not pleased with how it was done.

"I read the apology but it sounds like something a lawyer, or perhaps a PR person would write for a client,” selector Hottaball said.

“I would like a verbal apology, and to see a video because he used that medium to diss us as selectors and sound bwoys, and the apology should be made in a similar way, loud and broadcast to the world,” he continued, noting “The same way him diss we haad tackle style, the same way him need fi go real and hard with the apology.”

On Tuesday, popular selector Tony Matterhorn hinted that Jah Cure had apologised after he had issued an ultimatum.

"Big up to Jah Cure and thanks for the apology on behalf of the sound fraternity. We respect that, you stood up and be the big man," he said via social media.

Hours later, a statement surfaced online which read in part: "To the DJs and fans that have supported me over the years, I apologise for the language, unwarranted accusations and the things said. I realise it was over the top and unnecessary...I took the actions and words of a few and shifted it to many. I'm passionate and while that transfers great in my music at times, it doesn't do so well for social media. See wid the rasta".

Since that time, that statement has been retracted because it was "not fully authorised or signed off by Jah Cure".

The apology reportedly came after at least three videos of the reggae artiste lambasting the 'sound clash fraternity' for being 'cheap' and 'waste men', were made public. One video making the rounds shows an angry Jah Cure telling all sound system operators to "go suck oonu ma**a'.

Reports of selectors deleting Jah Cure's songs from their playlists became commonplace and some selectors made videos hitting back at Jah Cure suggesting that he was “hype” and “arrogant”. Some echoed the call for a boycott of Cure’s music.

However, at least one top flight selector, Ricky Trooper, has agreed with Jah Cure's stance and defended his actions.

"People need to leave Jah Cure alone because what happen to the other deejay dem a charge US$2000 fi dub? Nobody nah talk out dem. Most artiste charge inna US, even we who a Jamaica, ah US dem a quote we, and a Jamaican sound. The bigger artiste, dem all charge 2500 US fi a song, and nothing nah talk bout that,” Trooper said.

“The vibes with Jah Cure is him and a man ketch over him price and the man a pest him, him a gwaan like him waan pay him anything so him get vex, my lord, him lose it, is a man trigger him off. Him no do nothing wrong, ah him money him a defend," Trooper said.

Trooper took a potshot at fellow selector Tony Matterhorn who has been leading the charge for a ban against Jah Cure's music.

"Dub business is big business, dem have dub plate agent who out it out say dem can get artiste fi x amount, and get a bulk of song and then go to the artiste. Is a business. Jah Cure a defend him money. And anno sound man have a problem with Jah Cure, is some members of sound clash fraternity ah foreign and in a whatsapp group with selectors and chat about sound system business and waste time. Why these sound man and Tony Matterhorn himself never ask for a ban of Alkaline music when (they had an altercation)?" he said.

Trooper said Jah Cure must be commended for being a good citizen after serving a prison sentence on an "alleged" rape conviction.

“He made himself a man out of the music and you have never heard his name a call up in certain things. Society turn dem back on prisoners but this man use his talent and sing nice songs, and the one time him lick out to a group of people, social media, everybody waan kill the yute and a money him a defend. What kinda double standard that?" Trooper asked.

Rose McGowan to go on trial in January on cocaine charge