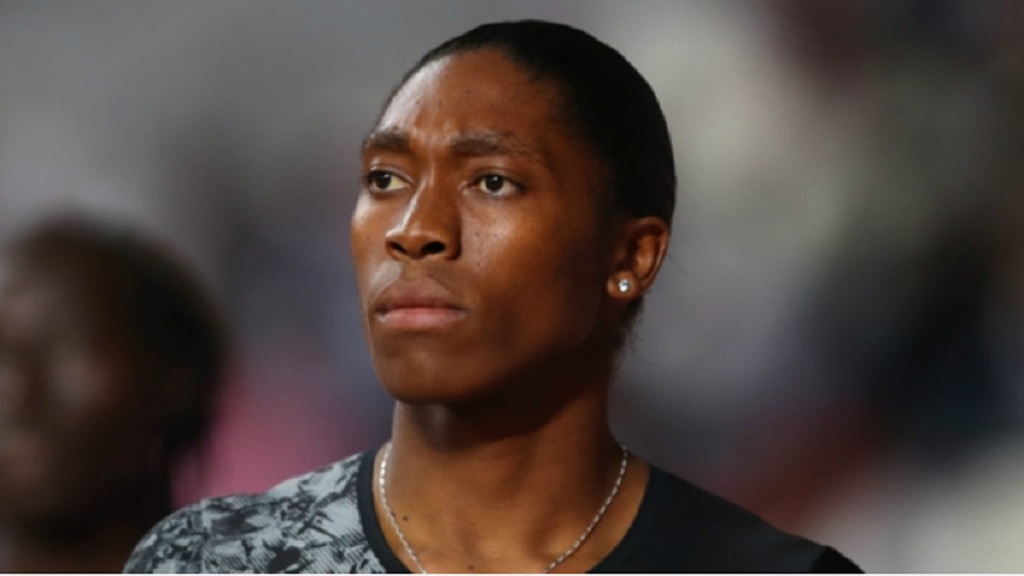 Caster Semenya has distanced herself from suggestions she will retire and has no plans to take medication to lower her testosterone levels.

Semenya excelled to claim a dominant win in the season-opening Diamond League 800 metres women's race in Doha on Friday, just two days after the Court of Arbitration for Sport (CAS) controversially ruled against the South African's appeal over the IAAF's testosterone regulations in a landmark legal case.

The governing body will require Semenya to take medication that reduces testosterone levels in order to compete in track events ranging from 400m to a mile from May 8.

A cryptic tweet by Semenya on Thursday led to speculation the two-time 800m Olympic champion may retire, but, speaking to BBC Sport after the victory in Qatar, the 28-year-old ruled out that possibility.

"I'm never going anywhere," she said. "At the end of the day, it's all about believing.

"It's up to God. God has decided my career and he will end my career, so no human can stop me from running.

"I understand there's been a lot of controversies but that does not control anything.

"Actions speak louder than words. When you're a great champion you always deliver.

"With me, life has been simple. I'm just here to deliver for the people who love and support me.

"I'm enjoying each and every moment of my life, maybe because I have the love I need from my people.

"It's all about confusing your enemies. If people create you as an enemy you keep it like that.

"We're doing it for the next generation, we want to inspire them. I cannot talk about the case, what I can talk about is the running. Some things I cannot control. I believe in my legal team. They will do their best to get me back on the track."

When asked by Sportsmail if she planned to take the medication, Semenya replied "Hell no," but clarified she still intends to compete in the 800m.

"With this situation, you can never tell the future," she added.

"How the hell am I going to retire when I'm 28? I still feel young, energetic. I still have 10 years or more in athletics, it doesn't matter how I'm going to do it. What matters is I'll still be here."

British rival Lynsey Sharp revealed she has received death threats for previously speaking out about the challenges of competing against Semenya.

"I've known Caster since 2008, it's something I've been familiar with over the past 11 years," she said in quotes reported by BBC Sport.

"It's not a decision that's been taken lightly. No one benefits from this situation – of course she doesn't benefit, but it's not me versus her, it's not us versus them.

"I've had death threats. I've had threats against my family and that's not a position I want to be in. It's really unfortunate the way it's played out.

"It's good that there has been some sort of solution, but no-one is going to agree, unfortunately.

"By no means am I over the moon about this, it's just been a long 11 years for everyone."

Semenya vows to 'rise above' after losing legal case against IAAF