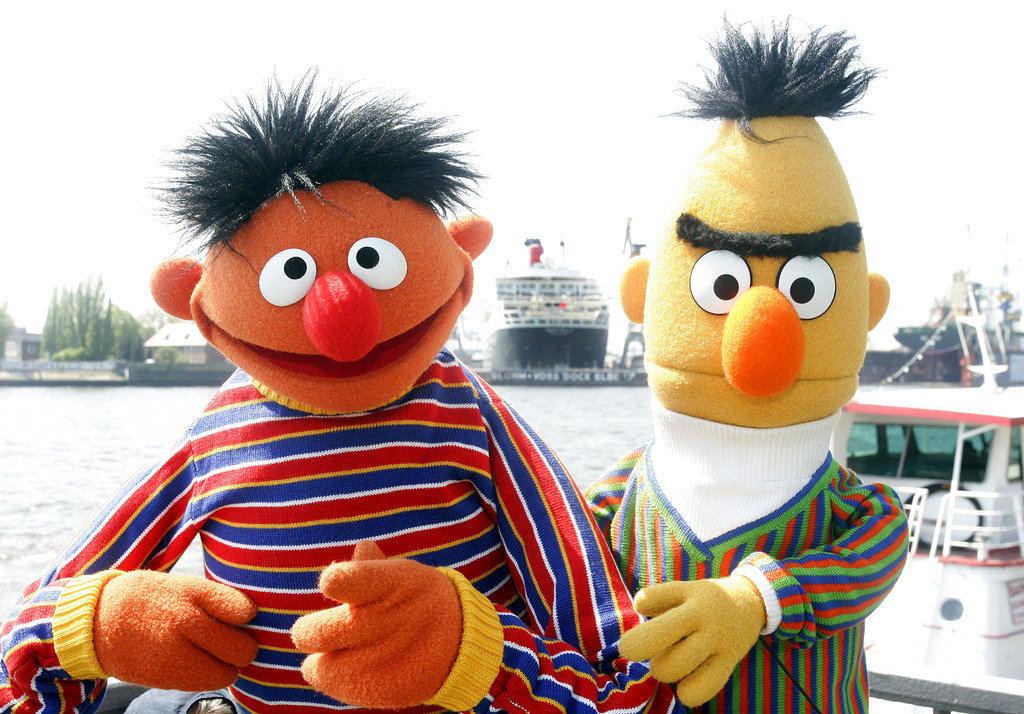 Ernie and Bert of “Sesame Street” pose in front of the Queen Mary II in the harbor of Hamburg, Germany. (AP Photo/Fabian Bimmer, File)

The producers of "Sesame Street" want you to know that Bert and Ernie are not, in fact, gay.

Sesame Workshop tweeted Tuesday that the characters are best friends and have many human traits but "remain puppets, and do not have a sexual orientation." In a follow-up tweet, it says "Sesame Street has always stood for inclusion and acceptance ."

The tweets came in response to an interview published Sunday by Queerty with Mark Saltzman, an openly gay former writer for "Sesame Street." He says that when he was writing scenes with Bert and Ernie, he "always felt that without a huge agenda" they were lovers.

Sesame Street does feature a family of bears: Mama Bear, Papa Bear, daughter Curly Bear and son Baby Bear complicating the idea that their puppets have no sexual orientation.

Closely associated Muppets Kermit and Miss Piggy had a long-standing heterosexual relationship before 'divorcing' in 2015.