Shaggy's Little Mermaid costume; the talk of the Twitterverse 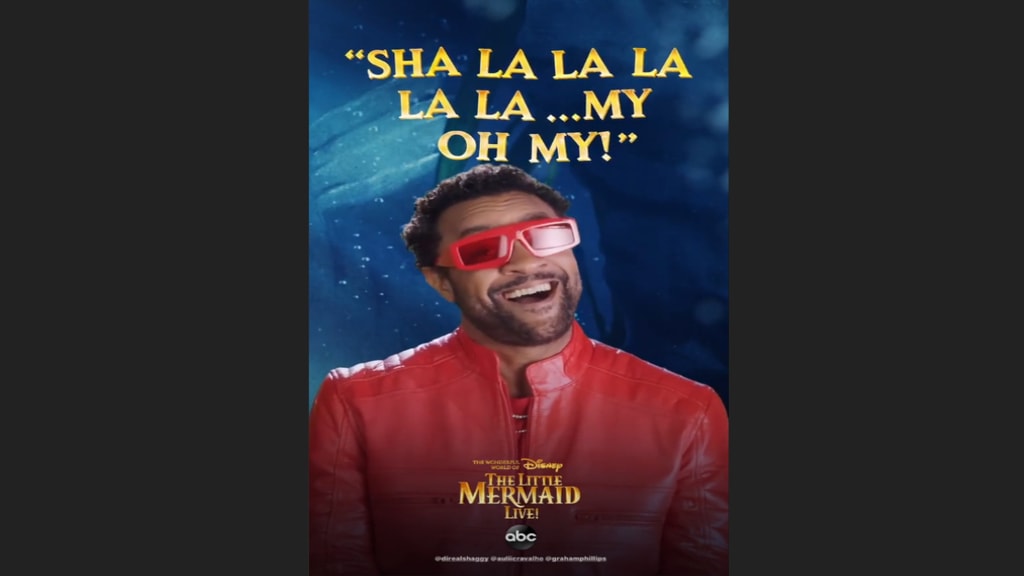 Shaggy in a promotional clip from the live-action-musical The Little Mermaid. (Photo: via Instagram)

It's been less than 24 hours since the premiere of The Wonderful World of Disney presents The Little Mermaid and the Internet is far from pleased with the costume selected for Shaggy as Sebastian, the Jamaican crab. 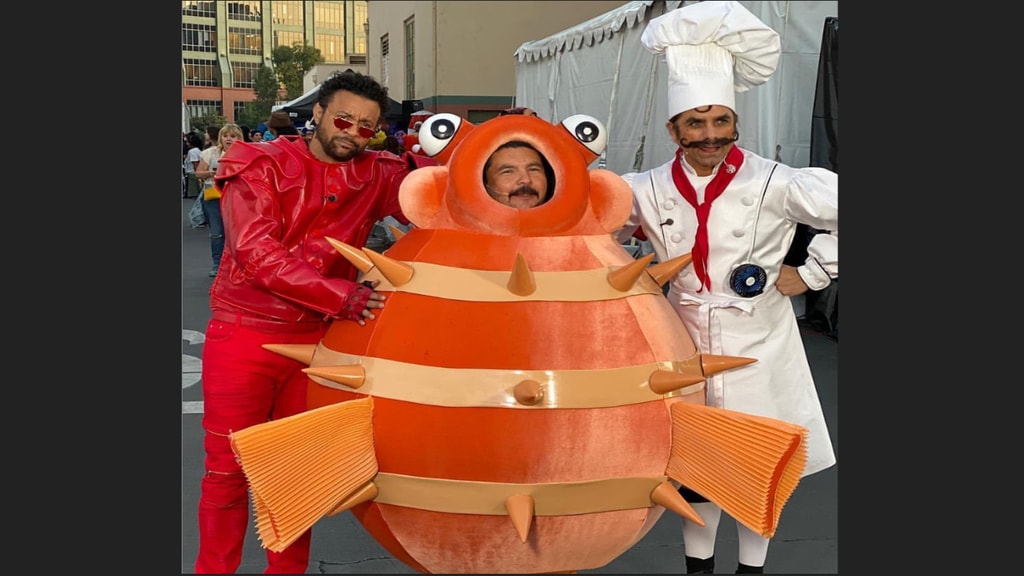 During the Tuesday night telecast, viewers witnessed the live performance of the animated classic. Though there were mixed reviews, Twitter folks were mostly disappointed and shared their thoughts on Shaggy's less-than-impressive "crab garb".

Shaggy wore a full red ensemble including a moto jacket, denim pants, red sneakers, and worst of all: red fingerless gloves. TLM fans are not feeling it!

Here's what the internet is saying about Shaggy's Sebastian costume or the lack thereof...

....and this is just a regular Tuesday night outfit for a Jamaican man tbh #TheLittleMermaidLive pic.twitter.com/w2vnDu57jO

So they gave Queen a WHOLE 8 Tentacles for Ursula, but couldn’t send Shaggy out with at least 2 lobster claws 🤦🏾‍♀️😭😭 #LittleMermaidLive

My dog in a lobster costume is more convincing as a crab than Shaggy in #TheLittleMermaidLive pic.twitter.com/PZx0LX7rED

So dancers got a crab costume and shaggy just dressed in red... #TheLittleMermaidLive pic.twitter.com/3Uuq9j8Jda

And in typical Karen Smith meme humour...you'd love this one if you're a fan of Mean Girls, the movie.

But, Robert Mills, ABC’s senior vice president of alternative series, specials and late-night, tweeted an explanation for the swift costume change. Apparently, Shaggy had claws but ditched them because "...it looked ridiculous."

For those wondering, Shaggy wore crab claws in early rehearsals and it looked ridiculous. #TheLittleMermaidLive

All done. Thanks for watching #TheLittleMermaidLive! And here you go pic.twitter.com/NKHI0qsYsa

I really want to know how many times did Shaggy say No when asked to wear an actual crab costume to play a crab #TheLittleMermaidLive pic.twitter.com/LHiQQo2lH2

I’m trying to figure out if Shaggy is supposed to be a crab or Michael Jackson!!! #TheLittleMermaidLive pic.twitter.com/wMXkDZTVqp

On the flipside, Shaggy had a wonderful show, endured the two-hour-long performance, and had the support of his wife Rebecca Packer Burrell and his daughters Kelsey and Madison. 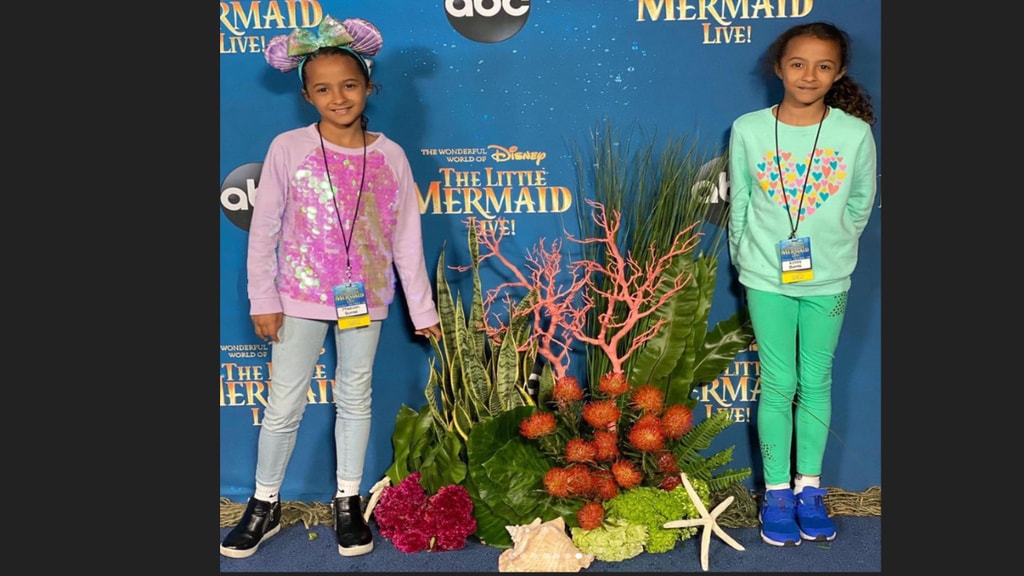 Beef between Super Cat and Shaggy?