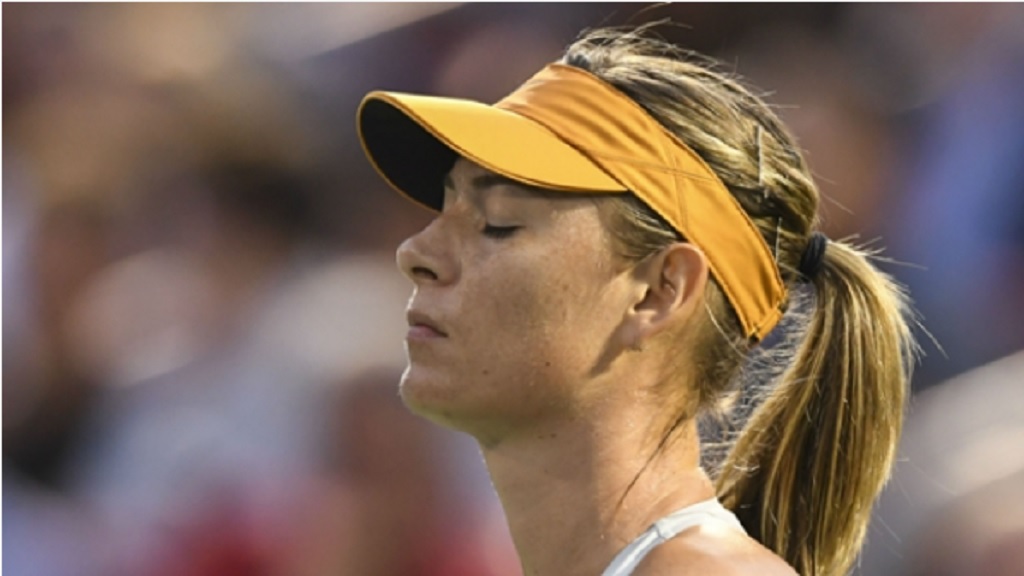 Maria Sharapova was forced to retire through injury at the Shenzhen Open on Friday, just 10 days before the start of the Australian Open, while Bianca Andreescu claimed another huge scalp at the Auckland Open by beating Venus Williams.

Five-time grand slam champion Sharapova cited a left thigh injury as she pulled out of her clash with top seed Aryna Sabalenka while trailing 6-1 4-2.

Sharapova was making her first tournament appearance since last year's US Open and it remains to be seen whether she will be fit for the first slam of 2019.

Next up for Sabalenka is a meeting with Wang Yafan, who came from a set down to beat Monica Niculescu. The other semi-final will see Alison Riske - a two-time finalist in Shenzhen - face Vera Zvonareva.

In Auckland, teenage qualifier Andreescu, the world number 152, followed up her shock win over top seed Caroline Wozniacki with a come-from-behind triumph over Williams.

The aggressive Andreescu lost the first set in a tie-break and fell 1-0 down in the second before reeling off an astonishing 11 games in succession to take charge of the contest.

Williams threatened a comeback by twice breaking back as Andreescu looked to serve out the match, but the youngster was not to be denied as she completed a 6-7 (1-7) 6-1 6-3 victory.

"I believe that anything is possible and tonight I think I did the impossible," said Andreescu in an on-court interview, before stating her aim to win the tournament.

"I don't even know what to say. It's just such an amazing feeling. My goal was only to qualify and maybe get a couple of rounds in, but now I've beaten a couple of top players. With the support of you guys, I really think I can do it."

Andreescu will face Hsieh Su-wei - a straight-sets winner over Sara Sorribes Tormo - in the last four. Defending champion Julia Goerges, who saved a match point in a three-set thriller against Eugenie Bouchard, will meet Viktoria Kuzmova.

Nadal expects to be fit for Australian Open