SLP announces Wayne Girard as their challenger to Dominic Fedee

Dominic Fedee, the Minister for Tourism, Information and Broadcasting, Culture and Creative Industries and the seating parliamentarian for the Anse-La-Raye and Canaries constituencies now knows who he will be facing in the 2021 general elections.

Fedee is the first of the eleven government ministers who won seats in the 2016 general elections who has that information. The ten others will have to wait a bit longer as the Saint Lucia Labour Party, the only opposition political party in the country, prepares its slate of candidates.

Fedee will be going up against a young man from the constituency itself, Wayne Girard. Although much has yet to be said about Girard, the SLP hierarchy believes he will be the one to dethrone Fedee.

Party leader Philip J Pierre announced Girard's candidacy at Sunday’s Conference of Delegates and almost brought the house down by doing so as delegates and party supporters of Anse-La-Raye and Canaries swamped Wayne as he made his way towards the stage to take his seat alongside some members of the party’s executive.

The cheering that accompanied the announcement forced Pierre to stop his address, albeit temporarily, letting Girard bask in the moment for a while. 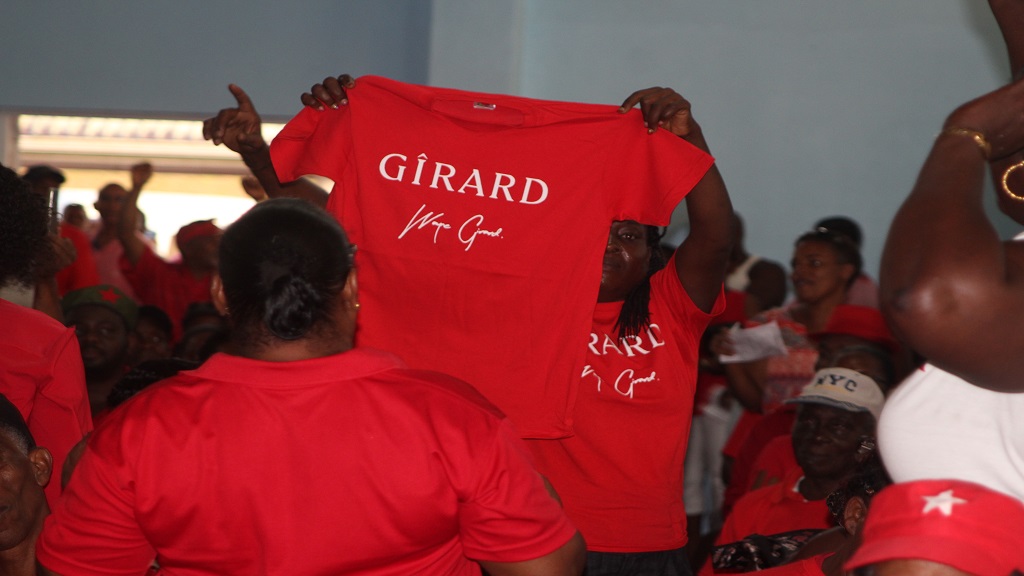 Pierre promised more candidates to follow stating that his party’s constituency groups have been mandated to start the search for candidates in the 11 constituencies the SLP lost in the 2016 general elections.

“I have a practical and ambitious plan to have all our 17 candidates by early next year,” Pierre said, claiming that Girard is the first in a list of new members to the team that will form the next government whenever general elections are called.

“In the movement to victory we need passionate, honest, disciplined, hardworking and dedicated individuals to represent our party as candidates at the next general elections,” Pierre said.

Girard, Pierre noted, embodied the future of the SLP. Wayne was born in Jacmel, quarter of Anse-La-Raye, and was said to never have lost touch with the people he grew up with. Pierre portrayed Wayne as a family man who is humble, disciplined and who loves people.

“I urge the people of Anse-La-Raye to embrace and support Wayne as I am sure he will be well supported by our party,” noted Pierre at Sunday’s conference.

Pierre vows to target "all questionable transactions" of UWP govt

SLP calls for removal of trade embargo on Cuba