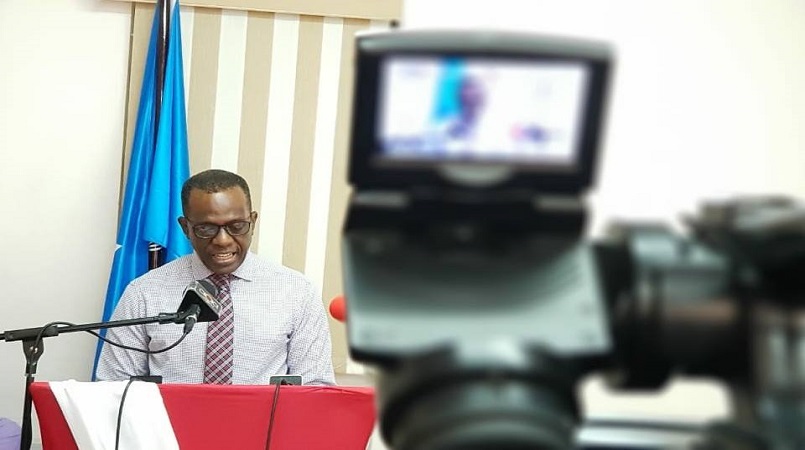 You may recall that last week I called on the UWP members of Parliament to vote according to their conscience in the No Confidence Motion debate. The verdict was clear, the UWP buried their consciences on the altar of expediency and voted to endorse and support in full public view the incompetence of an uncaring reckless and irresponsible Prime Minister.

You will have noticed that every effort was being made to stop the debate in the Parliament. We have since learnt that in the weeks leading up to the debate immense pressure had been placed on the House speaker to stop on frivolous grounds the motion being laid before the House. Thankfully, the Speaker of the House did the right thing –he placed the principles of democracy above narrow party interest by allowing the motion to be debated. That was the right thing to do and the speaker must be complimented for his ruling on the admissibility of the motion.

The objectives of the motion were met during Tuesdays’ house sitting.

Firstly, we were able to bring to the nation in a focused manner the gross incompetence of the Prime Minister and the reasons why he cannot be trusted and therefore unfit to lead our country.

Secondly, we were able to expose publicly the government parliamentarians, many of whom disapprove privately of the Prime Minister’s performance, to tell the nation whether they are supportive of the uncaring and reckless manner the Prime Minister is managing the country’s affairs. It is this uncomfortable and embarrassing question that the majority of them were hoping to avoid by trying to deny the motion being tabled.

Thirdly we were able to put on the record of parliament the irresponsible financial management of the Prime Minister who in two years has borrowed $1.2 Billion - more than 33% of the total National Debt of the country.

Fourthly we once more warned the nation on the deplorable state of health care in the island. While Saint Lucians are suffering the Prime Minister, with the collaboration of his ministers, is refusing to complete the work on St Jude Hospital, fails to operationalize the OKEU Hospital and is conniving with foreign interests to hand over our OKEU to private interests for profit.

The result of the final vote on the motion has now implicated all the elected members with the PM’s incompetence. They are now all complicit and culpable in the Prime Minister’s gross mismanagement of the country.

The Saint Lucia Labour Party will continue to relentlessly oppose those policies of the UWP government that will eventually lead to the destruction of the economy of our country, and place the country in the hands of the IMF. We shall continue to be an effective and vocal opposition in the parliament and on the streets and continue to inform the people on the misdeeds and missteps of this uncaring government. However, in the coming months, we will also discuss my party’s plans to correct the damage that is being done to the country and provide genuine hope for improvements to: the economy, health services, the education system and employment for our young people.