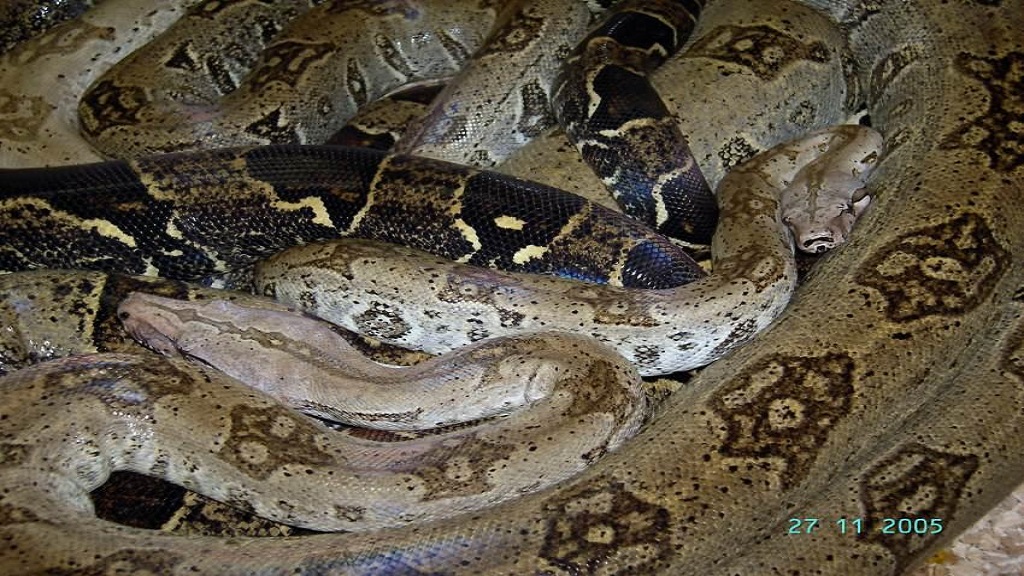 The Forestry Department of the Ministry of Agriculture is calling for the Saint Lucian boa to not be harmed.

The call follows several recent sightings of a number boa constrictors around the island and according to Senior Wildlife Conservation Officer, Piyus Haynes, sightings of the non-venomous snake have increased because of the mating season.

“Now is the time that they breed so you will find a number of boas, you will find them in what we call a ‘mate ball’ so sometime you will find maybe five, six even more males onto a female typically bigger, so persons will be seeing boas around the area and will see many of them specifically because of the mating season,” Haynes said.

A number of snakes had to be relocated into the forest reserve last week, following reports from residents of Anse La Raye.

Mating for boa constrictors generally occurs from mid-November through late January, but the species is known to have successfully copulated in virtually all months of the year.

The boa is an endemic subspecies to Saint Lucia, and it is not uncommon that persons see the boa around the place.

The boa is one of four snake species in Saint Lucia and is protected by law.

“We are not allowed to kill boa so persons should call the forestry division to report any sightings and we will come to relocate the snake.”

“The snake is not venomous so the boa poses no harm to anybody so people should not be afraid when they see it. What people are afraid of is that the boa usually hisses, but that occurs when it feels threatened but that is normal. People have that misconception that once bitten by a boa, it produces a sore which does not cure at all, this is a myth,” Haynes asserted.

Human beings, he says, are generally afraid of snakes, however, it is with more education and public sensitization on the reptiles' behavior, habitat and what to do when an individual encounters a snake, that the fear can be addressed.