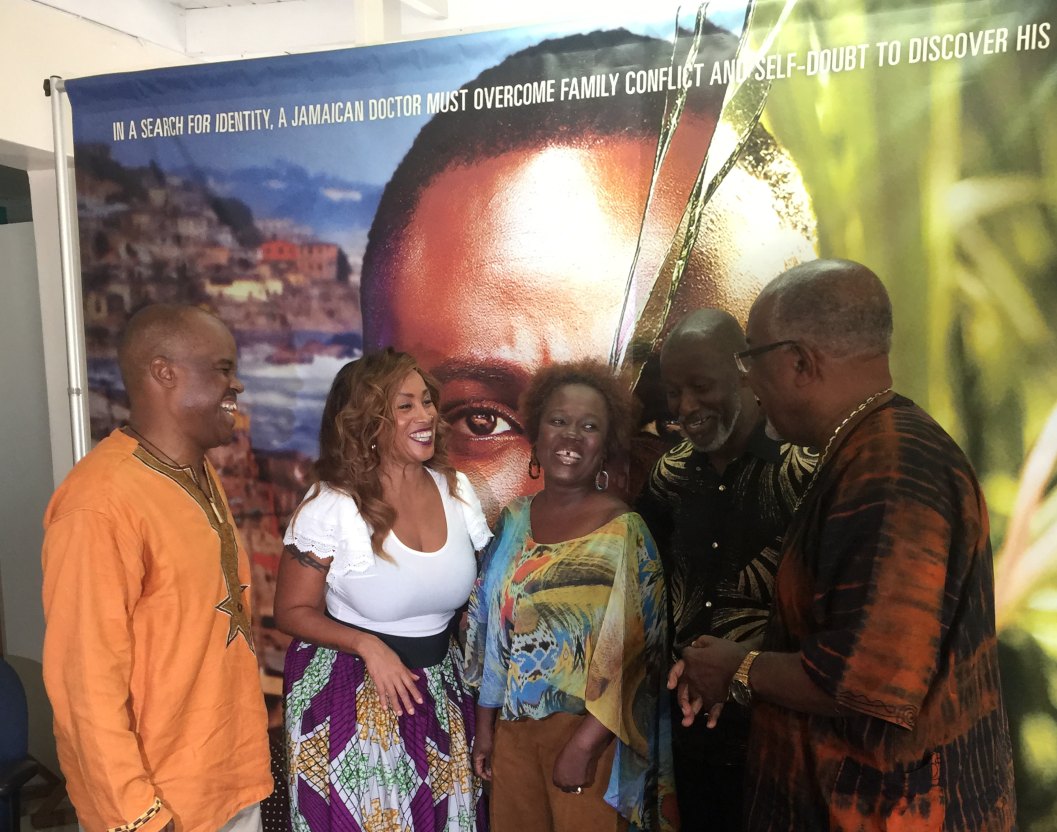 "Who would you be if you were really free?"

This is the tagline for the upcoming Afro-Caribbean movie to hit Barbados in a few weeks. On January 15, 2020 the movie 'Joseph' will be released at the Olympus Theatres. The movie release will be preceded by a red-carpet premiere which will take place on January 14, 2020.

'Joseph' follows the story of a young, successful Jamaican doctor who longs to visit Africa to learn about his ancestry. His parents are in great disapproval of his decision because they consider it to be a step backwards from the family’s modern successful life.

Directors Dave and Melissa Weekes, along with their production company, has also produced Bajan films 'Hush' and 'Chrissy' and their recent film 'Barrow-Freedom Fighter'.

Speaking at a press briefing recently, Dave, who is a Barbadian, said he wants 'Joseph' to be viewed across the globe. He said he believes it will appeal to the global market and especially wants this movie to positively impact and inspire the artistic community of Barbados.

Dave’s wife, Marcia Weekes, also has high hopes for the movie. The Jamaican born film producer had the concept for this film as reconnecting with Africa.

Marcia revealed how she had issues learning to like the colour of her skin and the gap between her top front teeth. To her amazement, when she visited Ghana, locals would approach her speaking their language assuming that she was "one of them". It always left her puzzled until she was told that having a gap between her front teeth was glorified in their culture.

Hinds also shares the producers' excitement for the film.

“It has been an amazing experience to be a part of this whole process," Hinds said when sharing her thoughts on the movie.

Hinds explained how Marcia phoned and told her when she created this role in the movie, she had her in mind. Weekes sent her a script and she instantly fell in love with the story. She said she loved the fact that it has the "feel of a soap opera" but there is still a lesson to be learned from the movie.

Hinds said she rearranged her schedule to take a month off so she could be able to dedicate her time to the film. She said Weekes was an excellent director and loved being on the movie set.

The experience was so surreal, she added, she has inspired her to take film acting more seriously. Even though she has been involved in live acting, she said film acting was a completely different experience which she thoroughly enjoyed.

The film will be first viewed in Barbados by students on January 15. It will then be available for viewing for the wider public at 6.15 pm in the evening. This will be followed by daily shows at 10 am and 2 pm at the standard cost of Olympus Cinema movie viewings. Barbadians are strongly encouraged to support the movie.

On January 24, 'Joseph' will be showed in 41 cinemas across West Africa.