Vieux-Fort, which has been a ghost town since the partial closure of the island earlier this week, was transformed into a hive of activities yesterday, Friday, March 27, 2020.

This was, in part, as a result of the announcement by the Bankers Association of Saint Lucia that it would suspend all in-branch and face-to-face transactions and interactions starting Monday, March 30 until Friday April 3, coupled with the fact that it was payday for many workers.

"The Bankers Association of Saint Lucia is committed to supporting the Prime Minister’s call for persons to stay at home and exercise social distancing," the association said in a release.

Despite that intention for next week, the lines outside the various banks, as well as supermarkets, were very long yesterday.

It was a painful experience for customers who had to brave the searing heat to wait agonizingly long to be served. Persons queued together in close proximity of one another, disregarding the clarion call of social distancing. 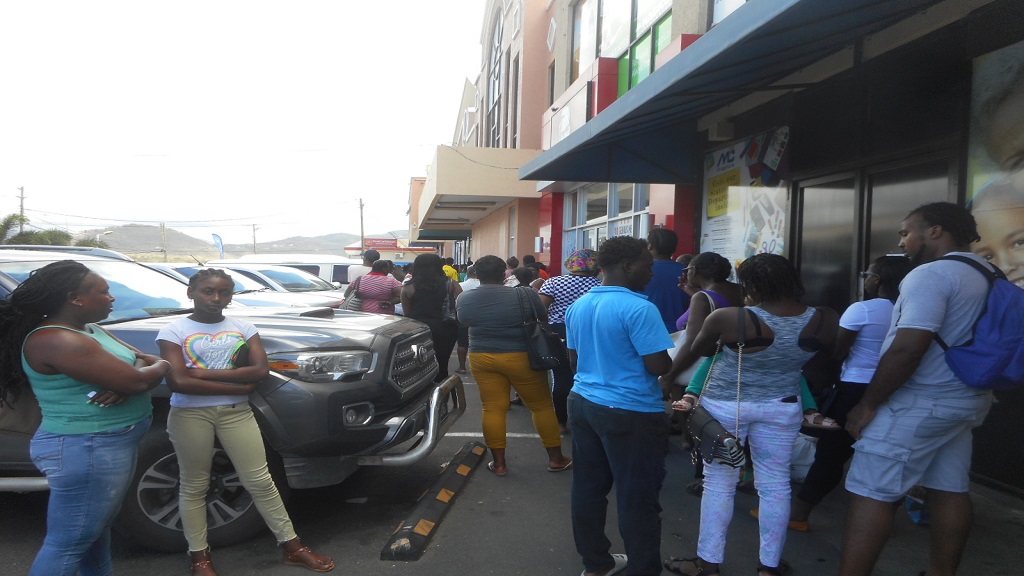 In interviews with several persons, the consensus was that they were forced to leave their homes because of their needs.

“I just came out to collect my salary and buy a few things and go back home,” a shopper told Loop News.

It was a good day for minibus drivers plying routes in several communities in the south, who cashed in on the increase in travelling by shoppers.

Bankers Association of St Lucia announce services to be reduced