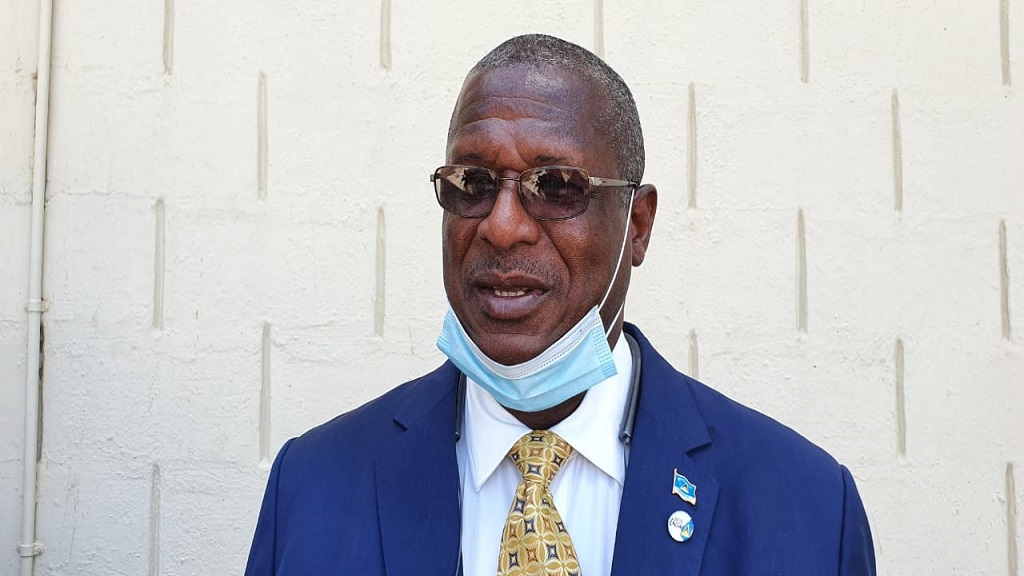 Days after the official start of the 2020 Atlantic Hurricane season, Minister for Infrastructure Stephenson King says that some of the preparations were delayed due to the COVID-19 pandemic.

That component of the pre-hurricane program is expected to be launched next week.

“I believe we still have time to do that hurricane program and that one entails further clearance of drains and trimming of trees throughout the country to ensure that we are safe during the hurricane season. That is going to follow the desilting program of our major rivers and waterway.”

Other aspects of preparation are already underway.

“We are working assiduously to augment the deficits that we are experiencing on our road infrastructure; we have started within the Ministry of Infrastructure what I call a pre-hurricane desilting program and that is being done in-house, because as we speak the road maintenance unit is engaged particularly along the Castries/Gros Islet Highway and other parts of Saint Lucia, attempting to have that first strike of unblocking storm drains and keeping the waterways open,” King explained.

Minister King has given the assurance that all emergency shelters have been assessed and have met the necessary requirements.

“So far we have received certification of the conditions of the various emergency shelters, those that are inadequate we have ruled them out but we have also made a very specific request, and that is enshrined in one of the loans we are getting from the IMF, where those shelters that we believe in the Ministry of Infrastructure seem to be a situation that requires further repairs, we have made the request to certainly repair those and to bring them up to standard.”

Overall, King said that Saint Lucia’s infrastructure is in "top shape" in the event that a weather system hits the island.

Forecasters have stated that this year’s season will be more active than usual with more intense hurricanes.

This season is already off to an early start with the formation of the first two named storms, namely Arthur and Bertha, off the US east coast within the past two weeks.

Saint Lucia is no stranger to intense weather systems and according to Minster King, the island must prepare and be ready.