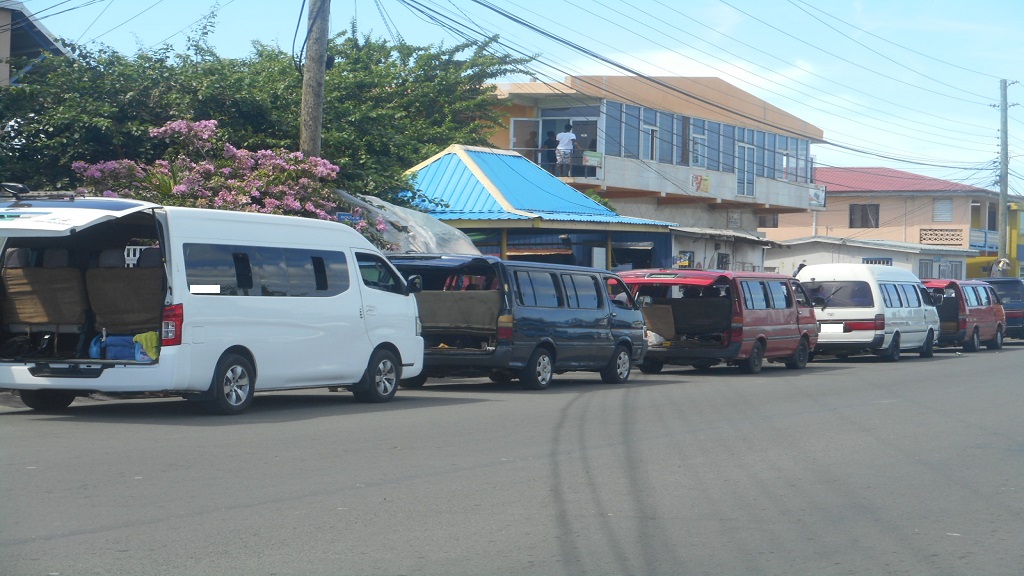 Some minibus drivers plying various routes to and from Vieux-Fort say they don’t believe that a 48-year-old male colleague plying the 2H Route (Vieux-Fort/Castries) has tested positive for the coronavirus.

They say they are receiving conflicting reports about the news from various sources.

The news broke last Saturday via Chief Medical Officer Dr Sharon Belmar-George. She identified the registration number of the COVID-positive driver's bus, M481, and advised persons who travelled on the bus between Monday, September 28 and Friday, October 9 to report to the respiratory clinics for assessment and possible testing.

Since then there has been heated debate on various bus stands in Vieux-Fort about the authenticity of the report.

“I am convinced the driver does not have the virus. Some people are just spreading fake news,” a minibus driver fumed during a heated debate.

“They are just trying to instill fear among Saint Lucians. I am hearing conflicting reports about the test conducted on the driver,” another driver interjected.

A driver, who said he is not doubting the report because he is in no position to do so, said minibus drivers are taking the deadly coronavirus for a joke.

“Some minibus drivers do not listen to the news. Some of those who listen or read, do not understand what they read or heard,” a driver, who spoke to Loop News on condition of anonymity for fear of being criticized by his colleagues, said.

Dr Belmar-George provided an update today in which she revealed: "The last confirmed case of COVID-19 recorded on Saturday, October 10, 2020, is a 48-year-old minibus driver. He is presently at the Respiratory Hospital in care. His COVID-19 tests has been repeated and validated and is confirmed positive."

She also said that he was recovering well in care.

During the Update to the Nation on Sunday, October 11, Prime Minister Allen Chastanet said that it was irresponsible for persons to allege that information provided by the government on COVID-19 was false.

PM: There will be wider spread of COVID-19 in St Lucia