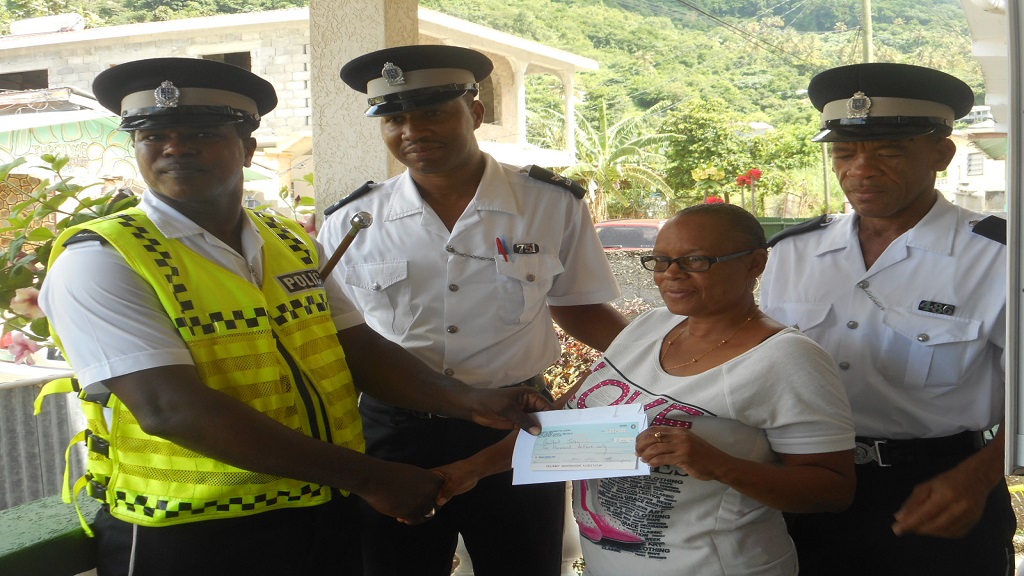 Another resident of Soufriere has benefitted from the generosity of the Soufriere Police.

She is Marian Monrose of New Development, who on Friday was presented with a cheque of $2,200 from the officers to assist her to undergo a surgery to her eyes. The surgery, which will be performed at the Tapion Hospital, costs $16,000.

According to Sergeant Clarence Fontenelle of the Soufriere Police Station, the officers of the station are very pleased to assist Monrose.

He said the money was raised at a dance which they held last month to assist Monrose.

“There are more presentations to come. We have about three more in November,” Sergeant Fontenelle said.

He thanked the community for supporting the venture, describing the fundraiser as tremendous.

Monrose heaped praises on the officers of the Soufriere Police Station for their generosity and prayed that the Almighty would bless them.

A few months ago, the Soufriere police made a monetary donation to another resident of the community.

Over the years, officers attached to the station have developed a very good relationship with residents of the community, which they expect to continue.