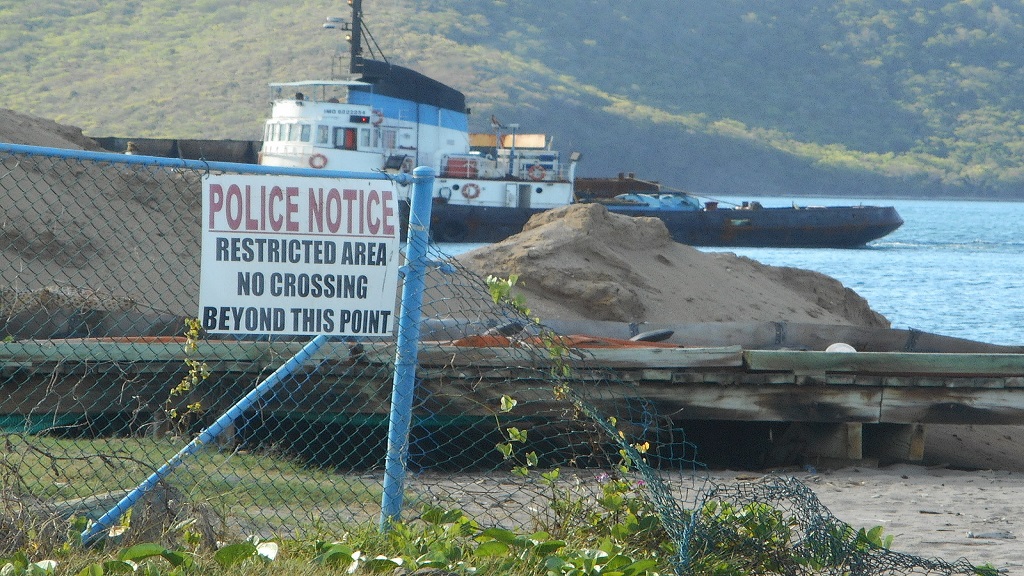 The area at the Marine Unit in Vieux-Fort where the vessel is usually anchored.

It’s almost a year since the Southern Branch of the Marine Unit of the Royal St. Lucia Police Force (RSLPF) is without a vessel, and it is of concern to residents of the south.

The only vessel which served the southern part of the island is temporarily assigned to the capital, Castries.

According to the Marine Police Commander, Finley Leonce, in an interview with this reporter a few months ago, the vessel was sent to Castries because of the shallowness of the area in the Southern Branch of the Marine Unit, located in Vieux-Fort.

At the time of the interview, an excavator was being used to dredge the area where the vessel is usually anchored, but to no avail, because whenever a portion of sand from one area is removed, more sand immediately fills the area. As a result, the dredging was stopped and the excavator is no longer on the site.

“The matter is being addressed….” Leonce told this reporter in the interview in September.

However, close to four months later, the matter has still not been addressed.

Leonce said the south is now being served by vessels based in Castries.

But residents of the south are questioning the effectiveness of using vessels in the north to deal with problems in the south as it relates to intercepting boats transporting drugs and guns in the south of the island.

Attempts to reach Leonce for an update on the issue were futile.

In the meantime, officers attached to the Southern Branch are enjoying a decrease in their workload.

The situation arose at a time when drugs and illegal firearms are increasingly being transported at sea to neighbouring islands such as Martinique and St. Vincent, through the southern part of the island.

It has also happened at a time when the marine unit is in need of resources to deal with the increased challenges of tackling the drug trade on the island.

Over the years, the United States which has contributed significantly towards the provision of resources to the marine unit, has suspended its assistance to the Royal St. Lucia Police Force, as a result of serious human rights violation in relation a number of alleged extrajudicial killings by the police between 2010 and 2011 during an anti-crime initiative known as Operation Restore Confidence (ORC).