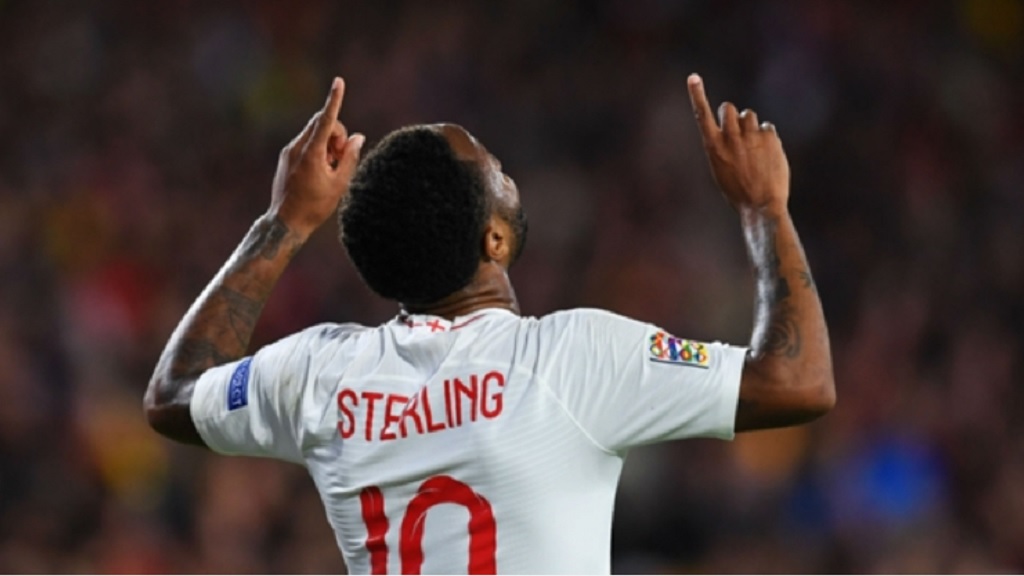 England manager Gareth Southgate praised Raheem Sterling's "tenacity" and believes he should be a candidate for the PFA Player of the Year award.

Sterling – who is likely to feature in England's opening Euro 2020 qualifiers against Czech Republic and Montenegro later this month – has enjoyed another fine season for Manchester City, scoring 15 goals as Pep Guardiola's side target an historic quadruple.

The 24-year-old has also been at the centre of football's fight against racism and received widespread praise for speaking out after suffering alleged abuse in a game against Chelsea at Stamford Bridge in December.

England boss Southgate continues to be impressed by Sterling and believes he has the potential to get even better.

"The thing that stands out with Raheem is his tenacity," he told Talksport.

"His recovery from setbacks, his resilience and proving people wrong…he's always responding in the right way to those challenges.

"It's incredible. He's gone to a big club [Liverpool] when he was very young and dealt with that.

"Another big move to City, adapted to that. They sign new players every summer and you'd think his place was under threat, but he's come through that. I think he's had a phenomenal season.

"He's got to be one of the candidates for player of the year.

"At 24 there's still things he'll be learning about, you can see the areas which he gets into more regularly now, and he's more confident in front of goal, prepared to hit things earlier.

"He's working with a fantastic coach at his club. Those things will only improve him."