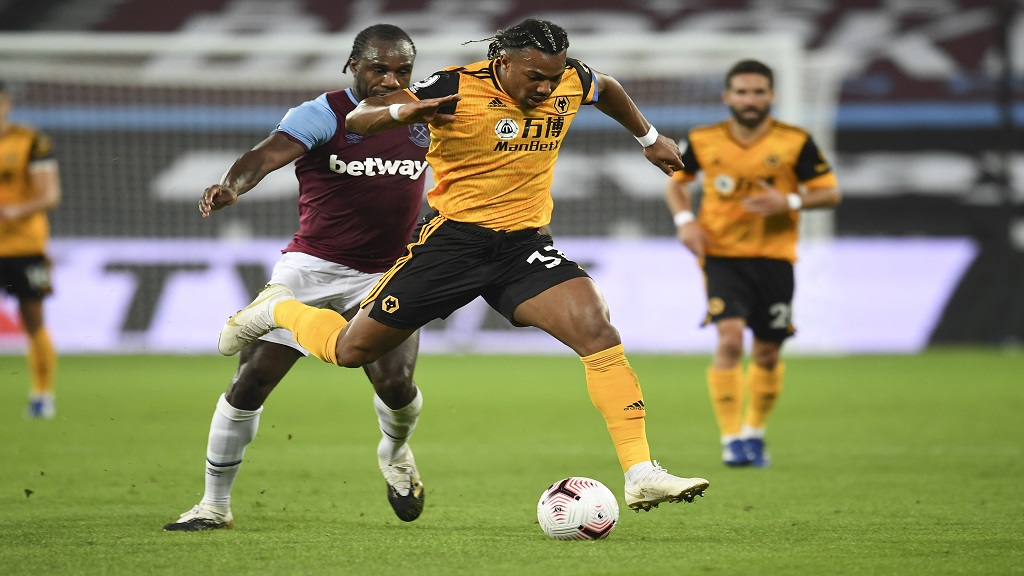 Spain and Mali both want Wolverhampton Wanderers forward Adama Traore to play for their national teams.

Traore has said he wants to play for Spain and has been included on previous squad lists, but injuries and his recent infection with the coronavirus have kept him from playing — leaving him still free to play for Mali.

Because Traore has played for Spain at the youth and under-21 level, he would need FIFA permission to switch eligibility to Mali. FIFA said Friday that no request had been made to change Traore's international status.

Luis Enrique said he hopes Traore can make his debut for Spain, adding it was up to the player to decide which country he will play for.

Traore was born in Spain to parents from the African country.

Mali included him on the team announced on Tuesday for friendlies against Ghana on October 9 and Iran on October 13 to be played in Turkey.

Traore said in an interview with Spanish sports daily Marca in 2018 that he would prefer to play for Spain.

Teenager Ansu Fati will likely again play for Spain in the upcoming Nations League matches against Switzerland and Ukraine and the friendly against Portugal.

The 17-year-old Fati became Spain’s youngest scorer last month when he helped Spain beat Ukraine 4-0. Since then, Fati has scored three goals for Barcelona in a sensational start to the season.

Fati had a fantastic first season last year with Barcelona when he broke several scoring records.

Spain play Portugal in Lisbon on Wednesday. Then, in the Nations League, they will face Switzerland in Madrid on October 10 and visit Ukraine on October 13.

Spain lead Group 4 of the Nations League with four points. Ukraine have three points, Germany two, and Switzerland one.