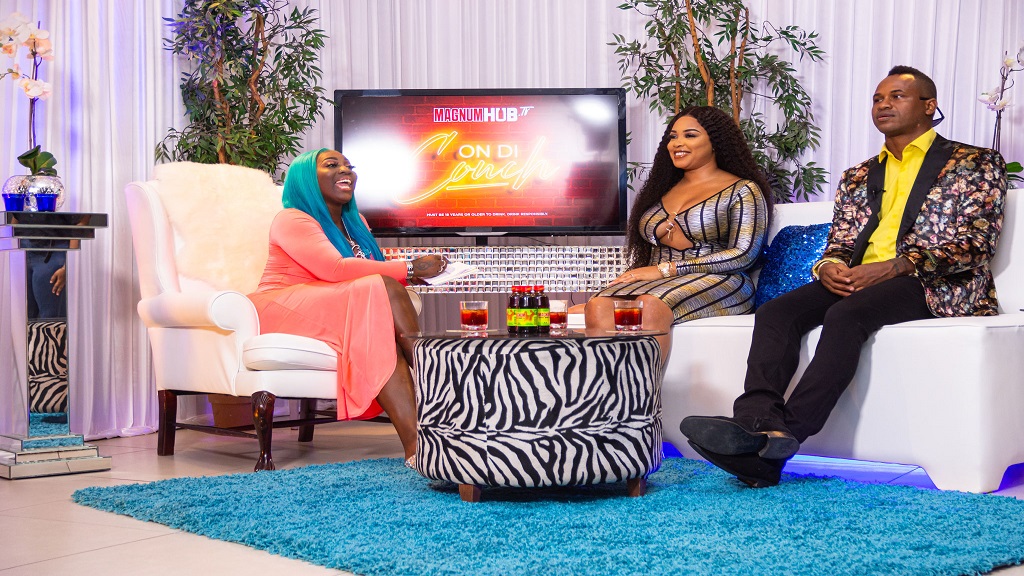 Magnum Ambassador Spice (left) is joined on set by Donisha of Loud Fashion and Marlon Samuels aka The Icon for the first episode of her new talk show Spice It Up! The show premieres on Wednesday November 13 at 4pm on Magnumhub.tv

Newly minted Magnum Ambassador,  dancehall artiste Spice steps into a new role with her new talk show,  'Spice it up'.

Spice it Up, which is powered by Magnum, made its debut on MagnumHub.tv on Wednesday, November 13.

The first episode featured Donisha of Loud Fashions and Marlon Samuels, aka the Icon, along with Richie Feelings discussing a range of issues that affect a romantic relationship, according to press release by Magnum.

In the first episode, 'What if the Tables Turned', Spice posed the question: 'Do you embrace Bun fi Bun?' Donisha indicated that she was the receiver of unfaithfulness from her partner and did not reciprocate, however she now endorses the concept of repaying a cheating partner with unfaithfulness.

Marlon Samuels laid out a simple response: “I keep my thing simple, so I usually have more than two and three girls. When me a gi bun mi cannot keep up so I don’t know when I’m getting bun…. It’s hard to focus on one woman in times like these when it is 40 women to one man."

21 noteworthy lessons we learnt from Steve Harvey at #SMS2019