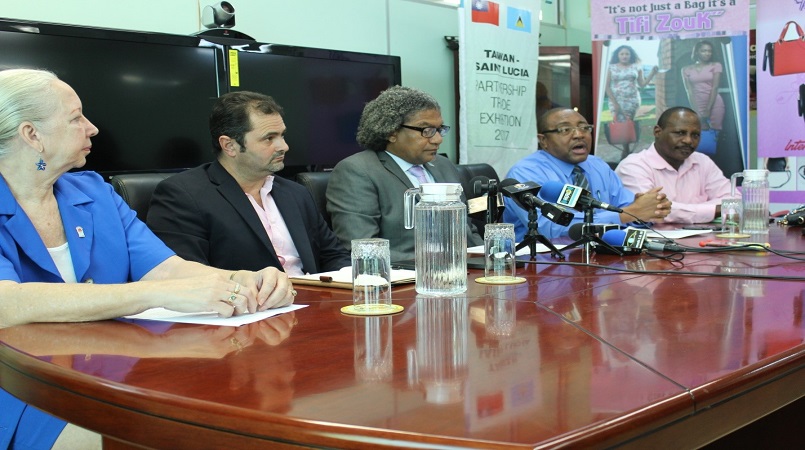 Local business associations are looking forward to a bright future with Taiwan following a five-day visit there last week by a trade mission headed by Commerce Minister, Bradly Felix.

SLMA President Richard Du Boulay was especially enthusiastic about the future saying that as a direct result of the trip his association was able to do away with a number of barriers it faced, from high cost of production to access to overseas markets.

“We saw that visit to Taiwan as an opportunity to break down some of these barriers. Our manufacturers were very enlightened by the trip as they were exposed to a number of areas where they could reduce their costs,” Du Boulay said.

“We can now source directly by reducing our cost of production,” he said.

DuBoulay also spoke of opportunities he saw in Taiwan that could drastically reduce the energy cost of local manufacturers which in turn would bring down their cost of production.

“We also got access to new markets. Some of our manufacturers were able to be represented in Taiwan. We have no doubt that the future is bright for manufacturers. The key thing is to follow up,” DuBoulay said.

Paula Calderon of SLISBA said she was especially impressed by the discipline, work ethics and togetherness of the Taiwanese, and the risk they take when it comes to business. She believes that if such qualities could be emulated small businesses here could prosper.

Brian Louisy, Executive Director of the St. Lucia Chamber of Commerce, another member of the trade mission to Taiwan, said what was of interest to his association was to fully understand the scope of opportunity in Taiwan as a trading partner.

Observing that Taiwan was a small sized country yet able to become a successful economic force in the world, especially in Asia, Louisy said that size was not a limiting factor to economic success. He too gave the trip to Taiwan the thumbs up.

St Lucia receives US $5 million for CDP from Taiwan