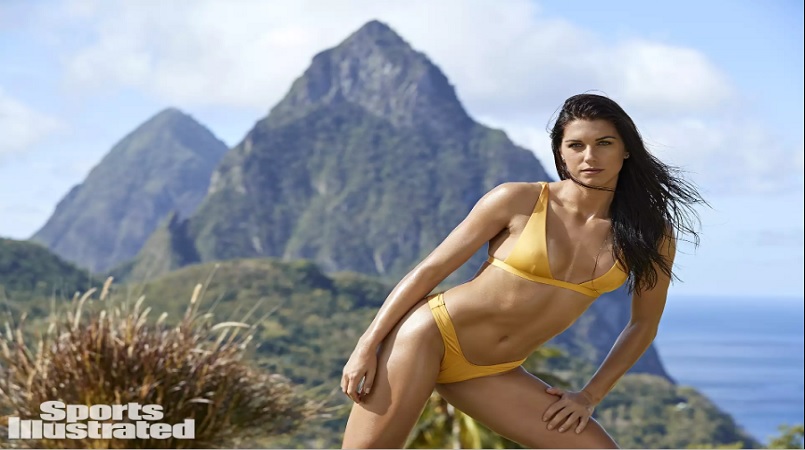 Football star Alex Morgan and three other members of the US Women's National Team (USWNT) were photographed in Saint Lucia for this year's Sports Illustrated Swimsuit issue. Morgan is one of three cover girls along with Tyra Banks and Camille Kostek.

According to Sports Illustrated, "Alex herself hand selected her co-captain Megan Rapione, Crystal Dunn, and Abby Dahlkemper to help her represent this incredibly talented and fierce team in the magazine.

“I felt like it was important to really show the diversity of this team, as well as show the youth and the experienced players,” Alex told SI Swimsuit. " 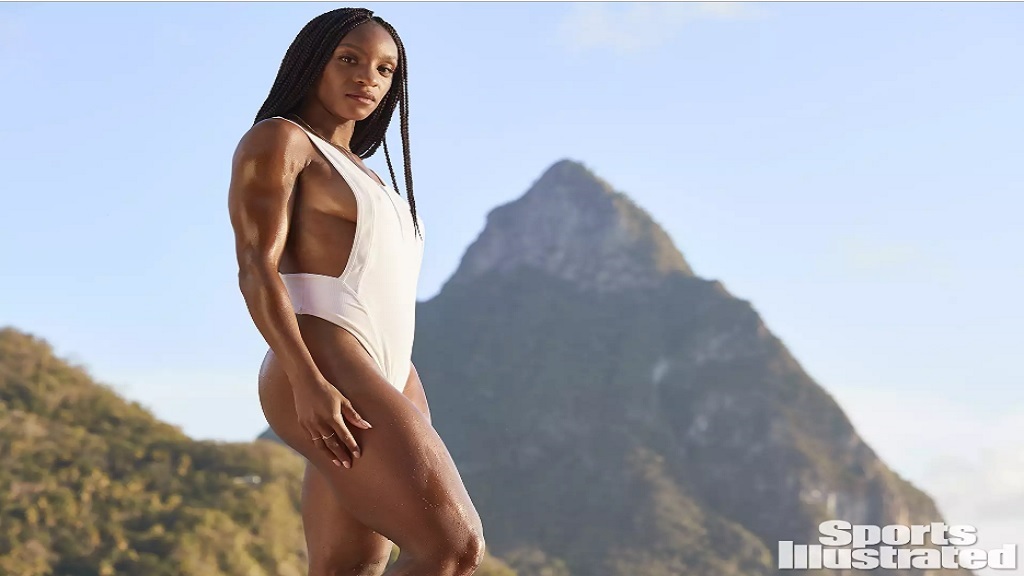 Crystal Dunn was photographed by Ben Watts in St. Lucia. Swimsuit by Fae

SI Swimsuit editor MJ Day said of Morgan, “From winning a World Cup, to fighting for fair and equal compensation for women, along with the rest of the US Women’s soccer team, she represents all that is confident, strong and beautiful.”

Sports Illustrated continued, "On International Women’s Day 2019, Alex and her teammates filed a lawsuit against the United States Soccer Federation, calling out the gender inequities that exist within the sport.

Not only does the lawsuit send a message to the soccer world, but it is a truly inspiring step in the right direction for women’s equality. Even while training for the biggest soccer tournament in the world, Alex has still lent her voice to this important issue.

The video above focuses on the shoot at Marigot Bay

Megan Rapione, who was also photographed in St Lucia, is the first openly gay woman to be featured in the coveted issue. She told the magazine, "I think it’s really quite a bold statement by Sports Illustrated to be honest because it has been seen as sort of this magazine only for heterosexual males... I think so often with gay females in sports there’s this particular stereotype about it and there’s such a narrow view of what it means to be gay and be athletic. So, to kind of just blow that up and do something totally different I think is really important." 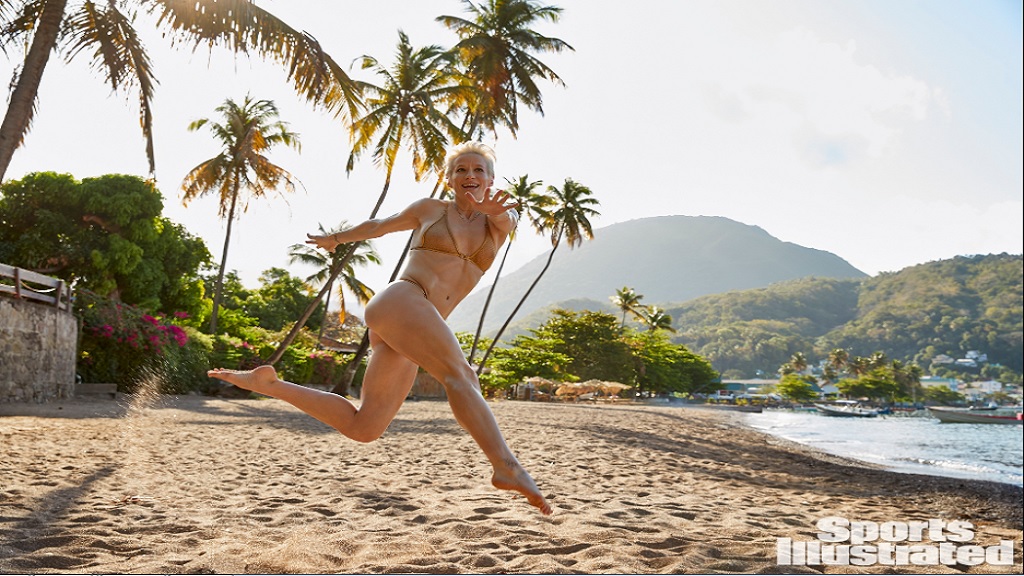 Megan Rapinoe was photographed by Ben Watts in St. Lucia. Swimsuit by Haus of PinkLemonaid

“I think our view is still way too narrow of gay people in general” Megan added. “Stereotypes still very much persist and they are just such incomplete views of who we really are as people, so I think for that reason it’s really important to just continue to push those boundaries.” 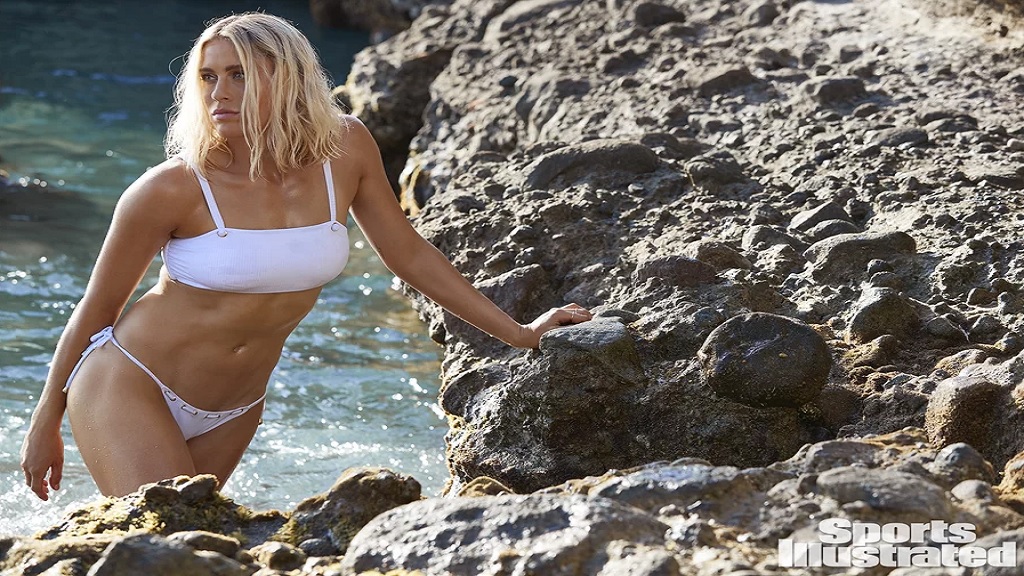