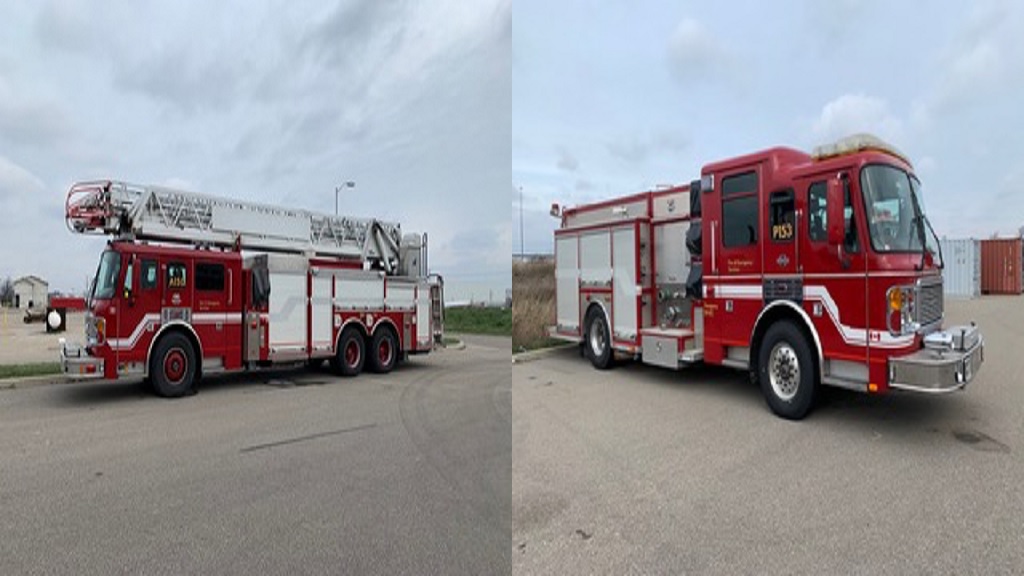 The Department of External Affairs will on Friday, July 3 participate in a handing over ceremony for two fire trucks recently shipped from Canada.

The trucks were donated by Firefighters Without Borders (FWB) to the Saint Lucia Fire Service (SLFS).  FWB is a registered charitable organization based in Toronto.

Consul General Cheryl Francis worked closely with the team at Firefighters Without Borders to facilitate the transfer of the vehicles to Saint Lucia.

Metro Logistics In. sponsored the shipment of one of the vehicles, while KLC Shipping, an entity owned by Saint Lucian entrepreneur and Goodwill Ambassador Mr Ken Chitolie facilitated the shipping of the other.

The Minister Responsible for External Affairs, the Honourable Sarah Flood-Beaubrun attended a March 7 Independence event in Toronto, where she thanked the team from FWB Fire Fighters Without Borders for their generosity:  “While our relationship with various donor agencies around the world through our diplomatic offices has been strong, our collaboration with FWB has been especially fruitful”, commented the Minister.

The Consul General highlighted the work of Mr Frank Lamie and Mr Craig Dockeray, President and Vice President of FWB, as well as former President Mr Russ Chalmers as being critical to the support that Saint Lucia has received thus far from the group.

Firefighters Without Borders and the Saint Lucia Fire Service are currently working on a series of initiatives, including the development of a training facility.