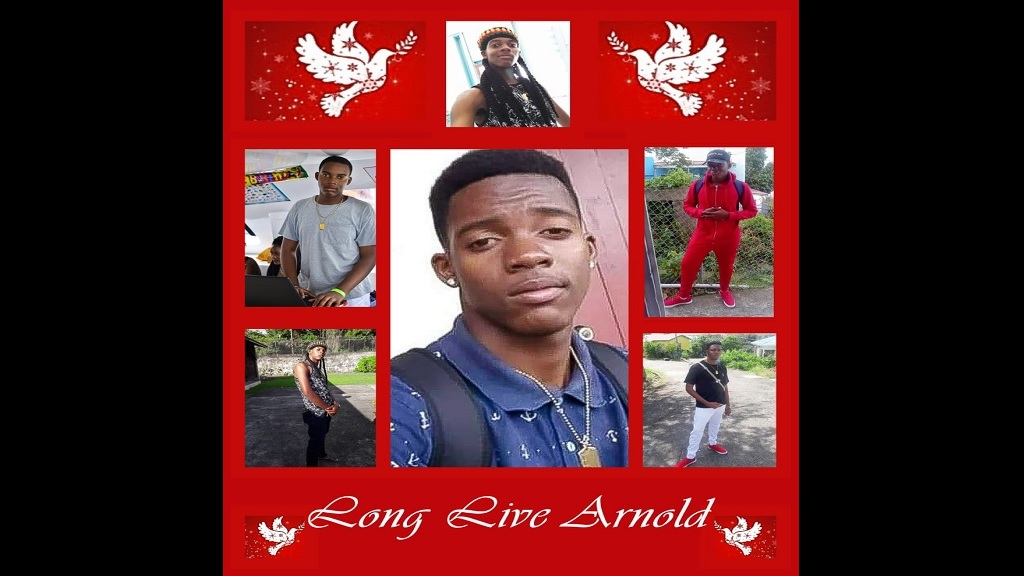 The Saint Lucia National Youth Council is adding its voice to the global calls for the end of injustices in the wake of the death of 46-year-old George Floyd, who died while in police custody in Minneapolis on May 25, 2020.

In light of this, the Saint Lucia National Youth Council has renewed calls for greater public interest, accountability and justice for the unsolved case of 17-year-old Arnold Joseph.

Joseph was shot and killed by police in May 2019.

One year after his death, the Royal Saint Lucia Police Force is yet to issue a formal statement on the matter, leaving relatives and loved ones questioning the RSLPF’s intentions on the incident.

"The Saint Lucia National Youth Council stands in solidarity with the global fight against police brutality against the black community.

The occurrences surrounding the death of George Floyd in the United States of America have also caused us to reflect on the life and death of our fellow countryman Botham Jean.

Friday, May 22, 2020, marked one year since Arnold Joseph, a student of the Entrepot Secondary School who was fatally shot by police officers who responded to a fleeing vehicle considered “suspicious” by law enforcement.

As stipulated by preliminary reports from the RSLPF, an additional occupant of the fleeing vehicle was non-fatally injured while another was apprehended without injury.

To this date, traffic violations are the only charges brought forward by the RSLPF in a case which has been shrouded by inconclusive information.

The ambiguity associated with the ongoing investigation is most worrying for the Saint Lucia National Youth Council as it causes us to inquire the reasons and possible corrective mechanisms for the slowness of criminal investigations involving law enforcement in Saint Lucia.

We recognize that there are striking similarities in the dispensation of justice between this and the case of 22-year-old Chakadan Daniel who was found dead while under police custody in October 2013.

From all accounts, Arnold Joseph was a well-loved and respected youth.

He was considered by his classmates and teachers at the Entrepot Secondary School as a student well-known for his loving and caring nature.

He was talented and had no records of delinquent behaviour. Testimonies from the family, friends and colleagues associated with Arnold, and the facts surrounding the case compels the SLNYC to question the apparent use of excessive force to de-escalate the situation on the evening of May 22, 2019.

As issues of police brutality and policing gain center stage across the world, the Saint Lucia National Youth Council believes it is time for a conclusion to this year-old case. We recognize that while investigations require due process, there is a responsibility on state institutions to regularly update citizens on ongoing investigations, ensuring transparency, accountability and closure to the affected families. Failure to do so will lead to dwindled public trust and the eventual deterioration of relations between youth and law enforcement.

The Saint Lucia National Youth Council fully supports the family and friends of Arnold Joseph in their call and quest for justice, recognizing that each day without substantial leads, adds to the negative psychological impacts over the loss to the relatives and Entrepot Secondary School Community.

We must ensure that Saint Lucia’s youth do not lose faith and trust in institutions which are tasked to protect and serve. As we ascribe to the global call for the protection of basic human rights and proper policing policies, we the Saint Lucia National Youth Council recommend the following to the relevant authorities:

The Saint Lucia National Youth Council joins with youth locally and across the globe in condemning acts of discrimination, violence and injustices, while calling for new laws which value the dignity of human beings and uphold the precepts of the rule of law.

Our philosophy continues to be guided by our ideals ‘Participation, Peace, Progress’ which was the premise for establishing the Saint Lucia National Youth Council 35 years ago during the observance of the International Year of Youth (IYY) 1985.

Martin Luther King Jr opined that “True peace is not merely the absence of tension; it is the presence of justice.” Now is the time for Justice for Arnold Joseph.

George Floyd, whose death energized a movement, to be buried