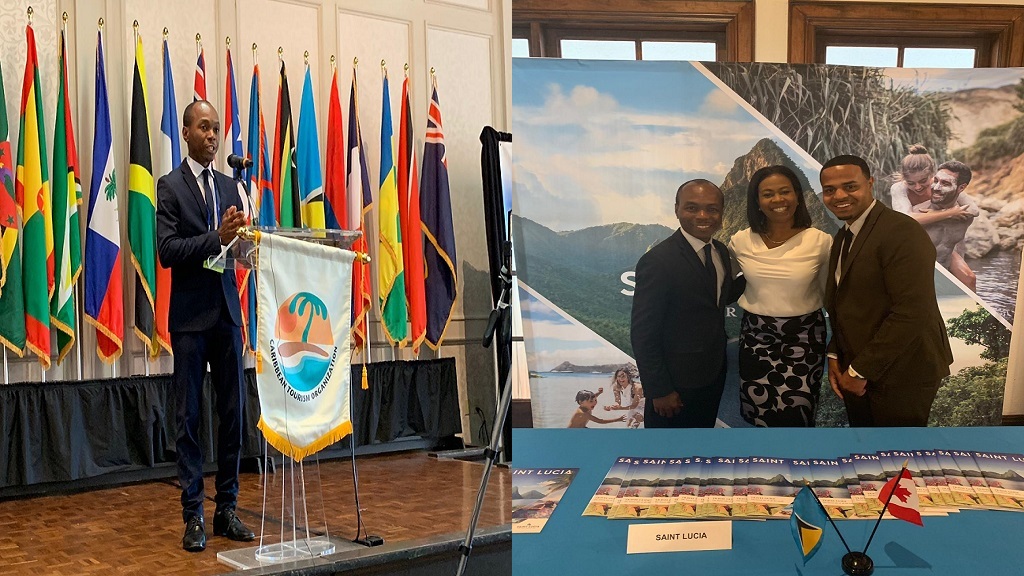 Saint Lucia has significantly boosted its media presence following participation in the just concluded Caribbean Tourism Organization (CTO) Media Day and Press Conference in Toronto, Canada. Representatives from more than a dozen Caribbean destinations were on hand to dialogue with travel media at the August 22nd, 2019 activity.

The island was represented by the Minister of Tourism and CTO Chairman Hon. Dominic Fedee, who appeared as a keynote speaker providing updates on the Caribbean and the economic development of the region. Minister Fedee told his audience that 1.4 million Canadians had visited the Caribbean in the first quarter of 2019, with overall arrivals rising 12% to 9.1 million. That 12% figure for the Caribbean compares to 4.4% for tourism visits around the world, highlighting just how robust the Caribbean’s comeback had been following a devastating hurricane season.

He told travel journalists that Caribbean countries needed to pull together to improve their tourism offerings, and their national economies. The main objective of CTO Media Day is to develop sustainable tourism for the economic and social benefit of Caribbean peoples.

Another highpoint of the activity was the Media Marketplace, where destination representatives got the opportunity to engage one-on-one with the media, consumer and travel trade outlets. As part of that engagement Minister Fedee met individually with Canada’s key trade media outlets, Pax News, Open Jaw Network and Travelweek.

The Minister also had the distinct pleasure to present the Lifetime Achievement Award to Doctor Rita Cox, a Canadian icon who is a librarian by profession, renowned storyteller and admired as a leader in the community. Mark Stevens won the award for ‘Best Feature Article in a Trade Publication ‘titled “Saint Lucia: Inspiration Island” as the direct result of an individual media visit to Saint Lucia by SLTA Canada in April 2018. 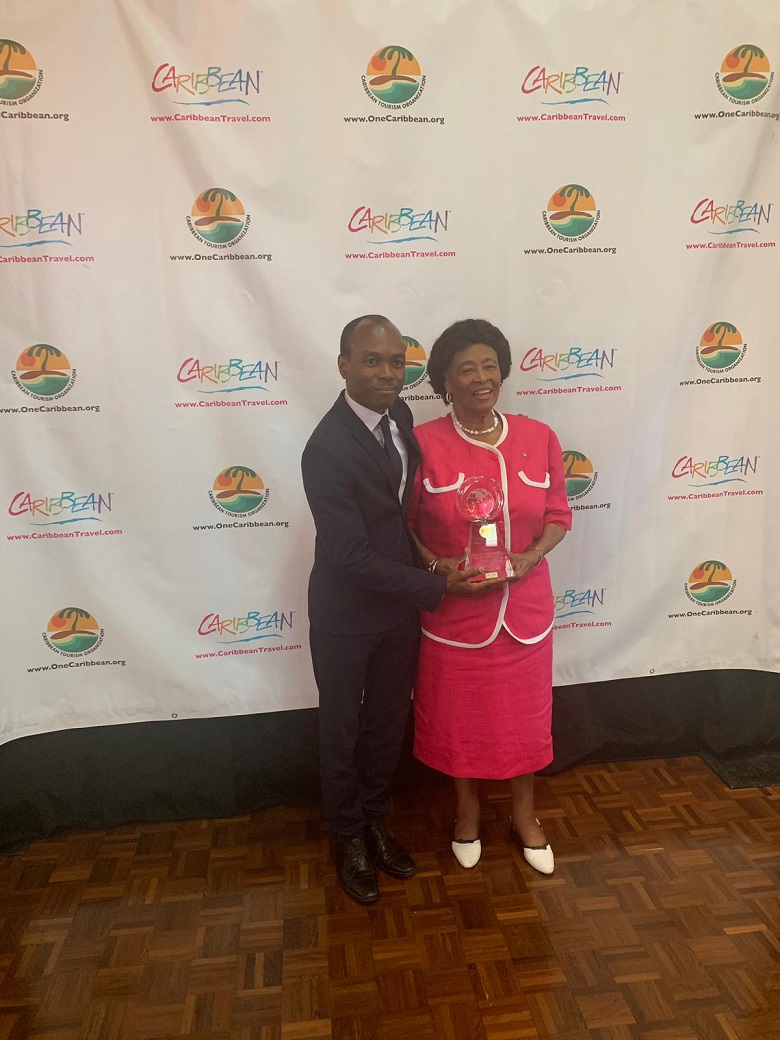 Along with a full day of media appointments on Thursday 22nd, Minister Fedee on Friday 23rd sat down for an exclusive ‘Pink Couch Interview’ with Bruce Parkinson at OpenJaw’s head office. Other engagements in Canada included a luncheon at Hotel X where the Minister met with Marsha Mowers of Travel Pulse Canada for a 1-2-1 interview to provide key destination updates including, Saint Lucia’s Hurricane Guarantee Policy, Soufriere Beach Park at Hummingbird Beach, development of mud baths at the Sulphur Springs and Village Tourism.

The Minister concluded the day by visiting G98.7FM for a radio interview with Camelia Guthrie. G98.7FM is the only black Canadian owned radio station in Canada. Its format is urban adult contemporary.

Caribbean warned not to get complacent as tourist arrivals grow