St Lucia strengthens evidence based decision making for the island 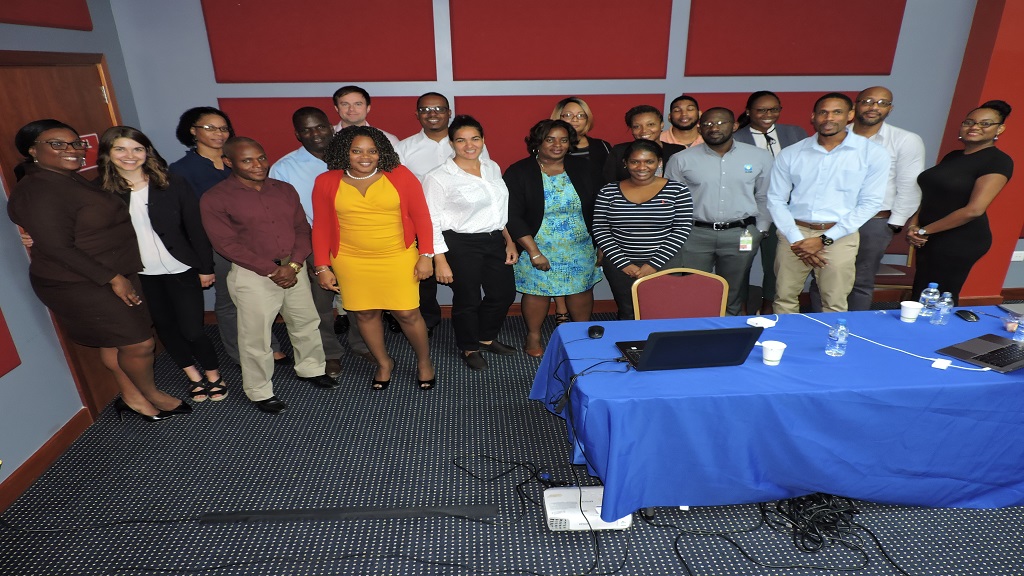 Infrastructural planning on island will now have an increased focus on evidence-based decision making, thanks to a pioneering software called NISMOD, the National Infrastructural Systems Model.

This infrastructural planning tool is a result of a technical assistance mission with the University of Oxford and the United Nations Office for Project Services (UNOPS).

The National Integrated Planning and Programme Unit (NIPP) in the Department of Finance, has partnered with the University of Oxford and the United Nations Office for Project Services (UNOPS) in the development of infrastructural planning tools aimed at strengthening evidence-based decision making for the island’s infrastructure development.

During a training workshop to orient stakeholders to the innovative software, NIPP’s Director, Haward Wells, noted that the unveiling represented a culmination of over two years of intense planning and research. He noted that one direct benefit is the breaking down silos, which will be leading to increased information sharing to significantly improve infrastructural planning for St. Lucia.

“Essentially those tools would now help us to best do analysis. Where are we right now with our infrastructure in terms of our planning and again as was stated before its evidence-based. Therefore, we are using evidence, evidence that exists in several areas but compiling those using the software to help us in making sound decisions. Decisions that would help for instance in our budgetary planning in the future.”

Like many other developing countries, St. Lucia is confronted by economic, demographic and climate change challenges which it must navigate.  Researcher with the University of Oxford, Daniel Adshead stated that the university has put together a number of tools, which can help the government plan for adaptable, resilient infrastructure.

“The tool that we’ve developed is called NISMOD, the National Infrastructural Systems Model and it’s an interdependent tool. So it brings together data from a number of sectors: electricity, water, wastewater, solid waste and it allow users then to decide how much of these types of infrastructures will be required on the island of St. Lucia in the future and what kind of investments, policies or projects can be build or implemented to meet these needs in the future.”

“So we looked at a one-meter sea-level rise scenario, a four-meter storm surge scenario, as well as flash flooding and landslides to understand where to spend adaptation resources across different sectors.”

She added that St. Lucia stands to significantly benefit from the information generated through the modelling software by applying to Global Climate Funders such as the Green Climate Fund and spending those resources on adapting to the impact of climate change.

Committee in place to oversee FRC reconstruction at Mount Pleasant