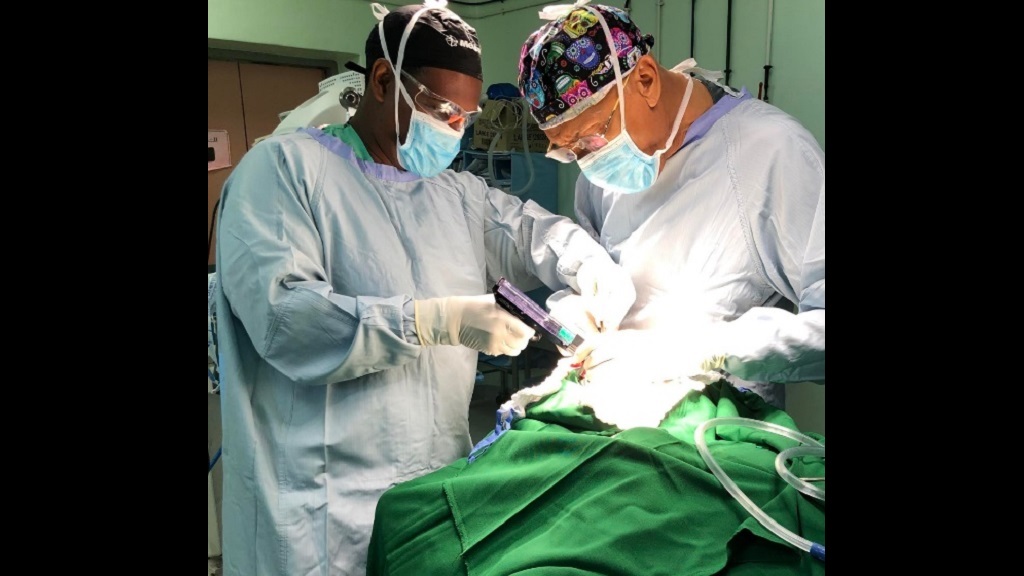 Recently, a team of neurosurgeons raced against the clock to save the life of a 55-year-old Saint Lucian patient at the Owen King EU (OKEU) Hospital.

The patient was the unfortunate victim of a tragic motor vehicle accident that placed him in a coma.

He sustained severe injuries to the head, spine, and chest; with the head injuries being the most life-threatening. 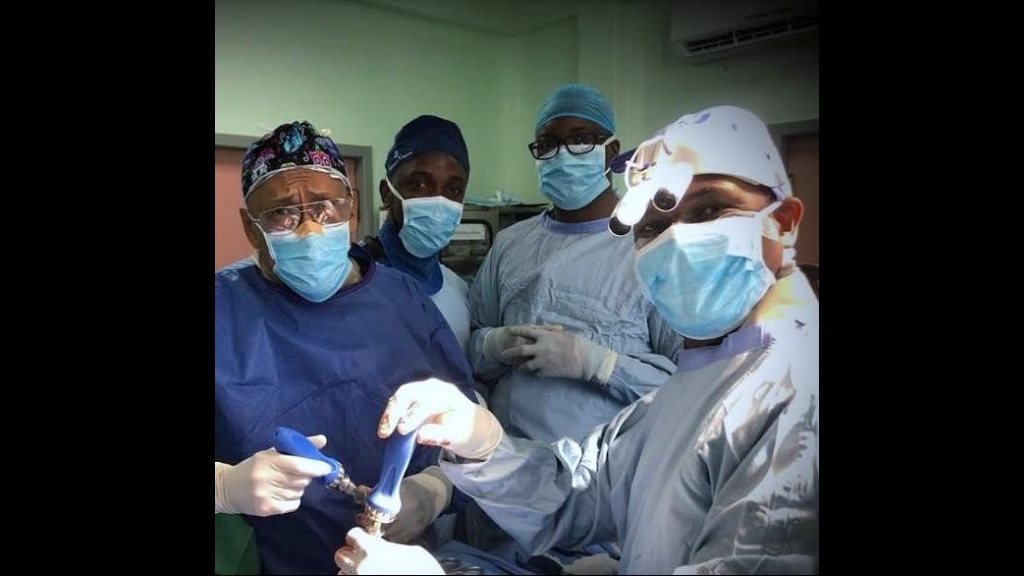 He explained that the blows to the head caused life-threatening swelling to the brain, as well as bleeding in and on the brain, which were confirmed by CT scan images.

At a microscopic level, he said, “millions and sometimes billions of nerve cells literally rupture and set the stage for a chain of other adverse reactions that ultimately lead to irreversible brain damage, more brain swelling, coma and eventually death.”

Dr Sydney further explained that the procedure involved the use of specialized equipment to open a large window through the skull, essentially removing almost half the skull.

Meticulous dissections from skin to brain were done, in order to stop the bleeding veins, and release the deadly pressure on the brain.

The surgery was a success and the first major step in saving the patient’s life.

The patient is on his way to recovery and is being managed by a multidisciplinary team of doctors and nurses.

Incidentally, this was the first of such complex brain surgeries performed at the OKEU Hospital since the recent transition from Victoria Hospital.

Dr Sydney and his team have performed many similar procedures at the St Jude, Victoria and Tapion Hospitals over the past seven years of practice in Saint Lucia.

This surgery was made possible by the specialized equipment and medical expertise of Cana Neuro Services, a Saint Lucian based company dedicated to treating patients with diseases of the brain, spine and nerves and specializing in brain and spine surgery.

Dr Sydney expressed his gratitude to God, the management and staff of Cana Neuro Services, as well as the many nurses, doctors and ancillary staff at the various hospitals who have worked tirelessly over the years to provide such unique care in Saint Lucia.

Doctors and nurses excited over move to OKEU Hospital